Know How Does Dental Sedation Work 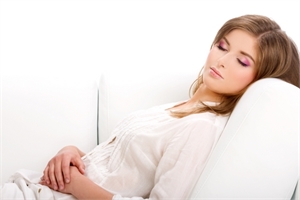 If you've ever struggled with a major gag reflex or a fear of the dentist, you're in luck. Sedation dentistry has become so common that you should be able to find a dentist in prescott offering it no matter where you live. When you undergo dental sedation, you're given medicine that calms you down and that allows the dentist to work without fear of being bitten or of you having a panic attack.

Sedation doesn't always mean you're out like a light. Some sedation dentistry techniques are so mild that you usually stay conscious during the procedure, but you're very calm. Others can cause you to drift off, though the dentist can wake you at any time. The only times you'd be completely out are if you underwent deep sedation or general anesthesia, and those should only be for more involved procedures or situations in which your anxiety may be so great that mild to moderate sedation wouldn't work.

Sedation can be delivered in three ways -- oral, IV and inhaled. Oral sedation involves one or more pills that can do everything from just calming you down to knocking you out. Dentists have to be trained specifically in a form of sedation before they can offer it, so if you prefer to take pills, be sure that you go to a dentist who is specifically trained in oral sedation.

Intravenous, or IV, sedation is what it sounds like -- you get an injection. This form of delivery can be great for those who don't like swallowing pills, though it does mean you have to get a shot. But the sedation level is much more customizable, too, and that can help if you're very sensitive to the sedation medication.

Inhaled sedation -- yes, that's laughing gas -- can be very, very mild, to the point where you might just feel a little calmer. If your dentist wants you to undergo inhaled sedation, though, double-check the strength. You could get a very strong dose instead, depending on how much the dentist thinks you need to stay calm during the procedure.

The amount of preparation you have to do before a sedation dentistry procedure will vary according to the type of sedation delivery and the strength of the sedation. Mild inhaled sedation might require no preparation, while oral sedation would require you to take medications before going to the dentist. You'd also have to get someone to drive you to the dentist and back; with oral sedation, you would not be able to function normally until the sedation wore off. Your dentist will give you instructions before the appointment time.
As with pre-op preparation, post-op care varies according to what you've had done and what sort of sedation you had. Chances are you will not be able to drive home by yourself, and the dentist will require you to have someone waiting in the office to take you home.