Can Periodontal Disease Be Dangerous To Your Health 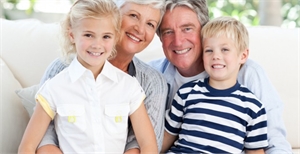 The underlying mechanisms behind periodontal disease progression are relatively well understood, and newer research shows that this health problem may play a role in the development of a number of other conditions, including Alzheimer’s disease, cancer, and respiratory disease.

Periodontal Disease And Effects On The Brain


This area is not 100% linked but correlations can be made between the two. The two diseases share risk factors such as alcohol abuse and using tobacco products. It is believed the 2 diseases are inter related thru inflammation. Inflammation is the bodies protective response to an irritant or pathogen. If left unchecked it can lead to damage to tissues and organs. There are two thoughts on this. One is that the inflammation in the oral cavity ultimately sparks inflammation in the cardiovascular system. The other is that the bacteria related to periodontal disease is also related to heart disease. Bacteria in the gum tissues can enter the blood supply and reach distant destinationsin the body, including the heart, where they can cause inflammation and damage. Researchers have shown evidence that this is possible. Researchers have shown that P. gingivalis (a gram-negative oral anaerobe and considered as a main etiological factor in periodontal diseases) is the most commonly found bacterial species in the coronary artery.


While we are learning new things about the links in our body every day, we need to follow what our doctors and dentists tell us to maintain a healthy lifestyle.