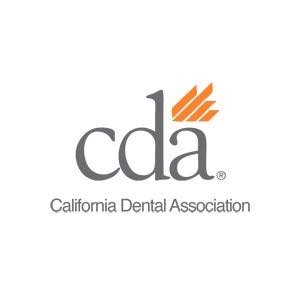 Teledentistry, or the practice of receiving dental care remotely, has been growing in popularity over the past few years.  Recently, leading tele-orthodontic companies like SmileDirectClub and byte have been dominating the news for their innovative technologies providing direct-to-consumer aligner service. These companies allow individuals to treat their minor orthodontic issues at home, to improve both the health and appearance of their teeth.  Treatment is very simple.  It consists of taking your own molds and images, sending those to a licensed dentist for review, and then receiving customized aligners right to your doorstep.  It is easy, minimally invasive, and very cost effective – and these companies have already served millions of patients successfully, many of whom would have never been able to afford to correct their smiles in-office.

This new branch of teledentistry has been great for consumers, but naturally, there are some dissenters, similar to the way many taxi companies fought against allowing Uber in their cities. The California Dental Association (CDA) has been quietly influencing Assembly Bill 1519, championed by San Jose, California Assemblyman, Evan Low.  It would mandate that anyone receiving orthodontic care in the state of California to have x-rays done prior to treatment, even when the treating dentist or orthodontist states an x-ray is unnecessary for that person’s specific case.  They argue that this is in the best interest of patient safety, but considering that teledentistry companies like byte (which is actually headquartered in Santa Monica) do not offer major dental treatment, that argument does not hold up under further scrutiny, especially considering the radiation patients may be exposed to, which lead many dentists performing in-office aligner care to forgo unnecessary x-rays.

Traditional orthodontic treatment requires a visit to a brick and mortar dental office and ongoing monitoring.  In 2018, the American Association of Orthodontists issued a consumer alert warning that addressed the growing teledentistry trend, urging consumers to consider “what other transforming medical treatment would you undergo without an in-person, pre-treatment evaluation or ongoing in-person supervision from a medical professional”?

However, teledentistry aligner companies are not offering ‘transformative medical treatment’. They offer mild to moderate, minimally invasive orthodontic care.  There are many circumstances where teledentistry is not the right treatment for specific cases.   The leading companies like SmileDirectClub and byte turn down more than 20% of their potential clients in favor of sending them into a dentist for more extensive treatment.  Individuals who qualify for at-home aligners must have healthy teeth, medical and dental history completed and approved by the treating dentist.  If they do not, they are turned away.  The provision that x-rays are required to determine oral health is actually detrimental in some cases, in that it will wind up exposing teledentistry candidates to unnecessary and harmful radiation.  Most notably, this would remove the ability for the treating doctor to determine the proper standard of care.  This proposed AB 1519 bill essentially tells the treating doctor that their years of medical schooling and professional opinions are correct only when they agree with the state of California and if they do not, the state lawmakers know better despite not being collectively medically trained.

Further, with the introduction of AB 1519, the CDA seems to be contradicting itself as it has published a guideline for California dentists stating that dentists are responsible for keeping radiation exposures as low as reasonably achievable. No other state in the nation has an x-ray provision like the one proposed by Assembly Bill 1519, and it is unreasonable to think that an x-ray requirement for teledentistry candidates will keep radiation levels low. Imagine suffering from some minor muscle pain in your back and consulting remotely with a physical therapist on some stretching and strengthening exercises. Now, imagine that before conducting those exercises, you had to prove that you have a healthy spine with an x-ray.  Would you risk the exposure to potentially harmful radiation or would you just live with the discomfort?

Teledentistry opens up orthodontic care to people who have previously not had access due to location and/or finances. 60% of counties in the United States do not have orthodontist offices, and traditional orthodontic care is expensive. Invisible aligners cost more than $5,000 on average. With this price tag, many people desiring treatment are completely priced out.  Invisible aligners provided through tele-orthodontic companies cost less than $2,000, making it much more affordable to a large segment of the population. These low cost at-home aligners are serving a segment of the market that had previously been ignored entirely, making what had been inaccessible actually accessible to those who are on a fixed budget.

The American Dental Association reports that 37% of low-income adults avoid smiling due to embarrassment. Teledentistry can help to straighten teeth, improve smiles, and bolster confidence through mild to moderate intervention that is available everywhere and does not cost an arm and a leg. The proposed AB 1519 bill would essentially price low-income adults out of access to straighter teeth once more.

Results That Speak For Themselves

Teledentistry is not new, with well over one million patients receiving teledentistry treatment in the United States. The health implications of this kind of treatment have already been analyzed at an academic level. The University of Albany monitored patients within a study in remote areas who were receiving oral health management through teledentistry. According to that study, “teledentistry services permit early identification and management of emergent problems and mediate extensive unmet need for services in communities where access is limited.” Beyond the academics, thousands of tele-orthodontic patients report increased satisfaction with their smiles, improved oral health, and increased self-confidence following the use of their at-home aligners.

The Problem with Teledentistry Resistance

While it is understandable that traditional dentists and orthodontists would like to prevent competition and mandate patients to seek in-office treatment, the reality is that most patients seeking teledentistry are perfect candidates for treatment.  They are more than capable to manage their own treatment and many would not have sought traditional orthodontic care otherwise.

A large majority of Americans are forgoing orthodontic care under the existing business model of in-office visits. Teledentistry is opening the door to these people by offering them low cost, minimally invasive care that works for mild and moderate teeth movement.