6 Fun Facts About Your Orthodontist 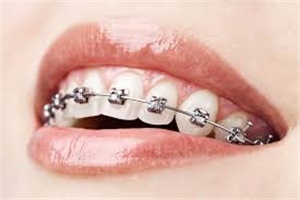 Nobody thinks of going to the orthodontist as a fun activity. But here are a few fun facts that could make your next visit a little more exciting!

All orthodontists are dentists

That’s right. Every orthodontist had to go to dental school first. But then they decided to go further and complete a postgraduate orthodontics program. Some dentists say they can straighten your teeth. Perhaps they can, but if your case gets complicated, they’ll probably refer you to an orthodontist. Dentists do a lot of other good things for the condition of your mouth and teeth, but it’s best to leave the teeth-straightening to the specialist--your local, friendly orthodontist.

At least, they developed the nickel titanium that goes in some braces. This is a heat-activated alloy that remembers its shape. So, NASA does more than develop space shuttles. They also benefit thousands of people every day. Nickel titanium wires are flexible at room temperature, making it easy for an orthodontist to thread them through the brackets. The wires then become inflexible when they warm to the temperature in your mouth. This then creates the pressure that causes your teeth to move. When you feel that tooth pressure, just remember that the same substance that causes solar panels in orbiting spacecrafts to activate is also making your teeth straight.

They weren’t called braces though. The teeth-straightening device back then was called a Bandeau. It was introduced by a French dentist, Pierre Fauchard. It was horseshoe-shaped and made of precious metals. Imagine having that in your mouth!

That’s anyone over 18. About 1.2 million American adults are wearing braces. So, if you think you’re too old for braces, guess again. Even 60 and 70 year olds are getting them! Because bones stop growing in the teens or early twenties, adults may have more complications with braces than children and teens. However, you may be one of the lucky ones that has a successful treatment with few problems.

It doesn’t take long to discover that there are quite a few celebrities that wore (or are wearing) braces in the middle of their stardom. Tom Cruise wore them at age 40, Faith Hill wore them at age 45, and the rest of the lineup includes Prince Harry, Justin Bieber, Drew Barrymore, Emma Watson, Katy Perry, Gwen Stefani, and Dakota Fanning! Some even turn them into a fashion statement. Now that’s an idea.

Invisalign was designed by non-orthodontists.

Align Technology emerged with the Invisalign technology in 1997. Interestingly, none of the original founders or partners were orthodontists. Invisalign came about when one of the founders, Zia Chishti, was trying to solve a problem with his own retainers and realized it could be used for much more. Since Invisalign’s debut in 1997, over two million people have used it to straighten their teeth. People caught the vision quickly--especially since Invisalign made it possible for them to eat and attend meetings and events without having metal in their mouth.

Now that you’ve got the facts, you can enjoy your next visit to the orthodontist. Besides that, he’s dedicated to making your smile better. That alone makes your life more fun. 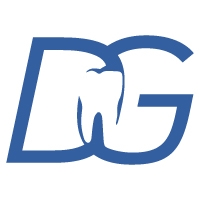 The last fun fact about the clear aligners is quite interesting. One of the most used systems on the market is actually invented by an orthodontic patient during his course of treatment. I bet he loves ortho now:)