Sleep Apnea What are the Risks and Treatment 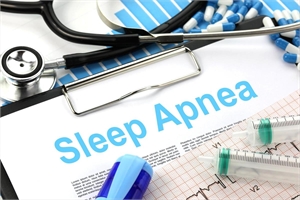 Sleep apnea is a serious condition, but it’s one that can be treated. Speak with your doctor about sleep apnea if you think you are at risk, as early treatment can help stave off long-term complications.

Sleep apnea is one of the most common sleep disorders in the world, affecting up to 20 million Americans. It is a disorder that is characterized by pauses in your breathing during sleep. These pauses, called apneas, can last from a few seconds to minutes at a time. Sleep apnea is generally accompanied by other symptoms, including loud snoring and a decrease in oxygen flow to the brain.

Most people associate sleep apnea with snoring. But this condition can have serious health consequences. If left untreated, sleep apnea can lead to high blood pressure and heart disease. Sleep apnea is also linked to a number of other health problems, including diabetes, depression, and stroke. The good thing is, sleep apnea is treatable. With the help of some best dental appliance for sleep apnea, you can improve the quality of life. Read on to understand the risks and more treatment options for sleep apnea.

What is sleep apnea?

Sleep apnea is a common condition in which breathing repeatedly stops and starts during sleep. It may also be called sleep apnea syndrome (SAS) or obstructive sleep apnea (OSA). The most common cause of sleep apnea is the collapse of soft tissue in the back of the throat during sleep. This blockage causes breathing to stop for 10 seconds or more. After each pause, breathing usually starts again but often at a lower rate and deeper level than before.

What are the risks associated with sleep apnea?
Sleep apnea is a sleep disorder that can cause daytime drowsiness, memory and concentration problems, depression, headaches, and many more health risks. If your sleep apnea is untreated, you may even be at increased risk of having a car accident or work accident.

Because of the dangers associated with sleep apnea, it is highly recommended that you go to your doctor if you think you might be suffering from this disorder. Your doctor will want to conduct tests on you to find out if you are at risk of developing any of these health problems and refer you to a sleep specialist if they suspect you have sleep apnea.

Daytime Fatigue
Along with the fatigue caused by poor nightly rest, sleep apnea patients tend to feel tired throughout the day as well. It's not uncommon for someone living with sleep apnea to fall asleep mid-conversation or even while driving. This is because when you stop breathing during sleep, your body doesn't get enough oxygen and forces you into a lighter stage of sleep so you can catch your breath again. But this shifts you out of longer periods of deep sleep and into lighter stages of sleep where it's easy to wake up.

Deficiencies in O2
Because people with sleep apnea don't get enough oxygen during their sleep cycle, it's very likely that they'll develop some sort of breathing disruption. The disruption of normal breathing patterns can be dangerous for people who suffer from it. For example, it can result in:

Heart disease: Patients with sleep apnea have been shown to have higher blood pressure and an increased risk for heart failure.

Stroke: People who have sleep apnea have been found to have three times the risk of stroke as those without it.

Cognitive impairment
Studies show that people with sleep apnea are more likely to experience memory loss or poor concentration than those without the disorder.

You might feel as if your memory isn't what it used to be, or you may notice that you're having more trouble focusing on everyday tasks. That could be because of sleep apnea: About half of people with sleep apnea show signs of cognitive impairment and have trouble concentrating, according to a study published in the Journal of Clinical Sleep Medicine.

Weight gain/obesity
Poor sleep quality has been linked with weight gain and obesity due to poor diet and decreased physical activity levels.

Restless Leg Syndrome
One of the most common side effects of sleep apnea is Restless Leg Syndrome (RLS). RLS is a neurological condition that causes uncomfortable and uncontrollable urges to move your legs or arms while resting or lying down. These urges occur most often during periods when your muscles are not in use, such as when lying down at night while trying to sleep. It is estimated that over 5 million people in the United States alone suffer from RLS symptoms.

The symptoms of restless leg syndrome include painful sensations in your legs and lower body that increase in intensity as time passes by. You may also experience uncomfortable feelings in other parts of your body, such as twitching, cramping, creeping, pulling, and tingling sensations. The sensations often begin in your feet and legs, but can sometimes spread upwards towards your torso and arms.

Stress and Anxiety
Stress and anxiety are common in people with sleep apnea, according to the National Sleep Foundation. In fact, one study found that half of the patients with sleep apnea have a mood disorder, such as depression or anxiety. "When you're awake longer than you should be because of obstructive sleep apnea, you can get very anxious,"
The effects of sleep deprivation are particularly serious in people suffering from psychiatric disorders such as depression and anxiety. Severely ill patients have often been prescribed recovery programs that include physical exercise and good quality sleep.

Treating Sleep Apnea
If you think you may have sleep apnea, seek medical help from your GP. Before seeing your doctor, keep a journal for two weeks of how often you stop breathing during sleep and how tired you feel during the day. The main treatments for sleep apnea are:

Oral appliances: These fit over the upper teeth and are designed to reposition the jaw and tongue so you can freely breathe. The best dental appliance for sleep apnea is considered effective because it holds the lower jaw in place while you sleep, preventing your tongue from collapsing into your throat and blocking your airway. This device also has some benefits for milder cases of OSA, but it works best if used in conjunction with other treatments.

Continuous positive airway pressure (CPAP): This involves wearing a mask connected to a machine that constantly pumps air into your nose to keep your airways open. If you've been diagnosed with sleep apnea, your doctor will recommend this as the first treatment option.

Surgery: Some people may need surgery to help them breathe normally while they sleep. The main surgical procedures used to treat sleep apnea include uvulopalatopharyngoplasty (UPPP), laser-assisted uvulopalatoplasty (LAUP), and maxillomandibular advancement (MMA). These surgeries can cause swelling of the throat, pain in the throat, and difficulty swallowing.

Final Thoughts
Sleep apnea is a very serious condition, one that demands immediate treatment. Whether you’re at risk for sleep apnea or working with a patient who is, it’s important to understand what this condition entails. In addition to helping yourself or your patients live a healthier life, you can consider sleep apnea in the context of how it affects the lifespan and overall well being of your patients.