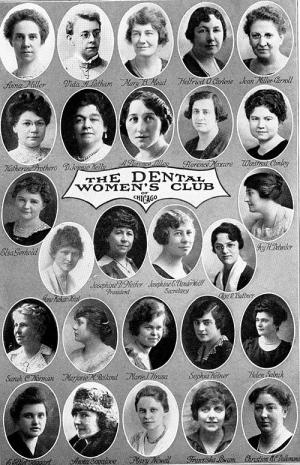 Women contribution in the field of dentistry changed the face of profession and brought a mass change in the mindset of people about the profession and developed new techniques and innovative ideas.

The number of women working in NHS Dentistry is rising steadily. Women make up to 25% of practicing dentist. The time when Dr. Harriet Seldin studied dentistry in 1978, she said it wasn’t uncommon for a patient to tell her she was the first woman dentist he or she has seen.

This International Women Day is an ideal celebration to take a closer look for women dentist who changed the face of professions.

“We like the profession and believe the time is not far distant when women will cease to be regarded by the masses as out of her sphere in the practice of dentistry.”( Clara Walworth MacNaughton).

Clara MacNaughton’s pulls her professions beyond to set up the state of women in the society. She is active participant in the women’s suffrage movement. Clara was too dedicated to the clause, as she moved her practice to Washington D.C at the national level. Once MacNaughton limited her dental practice to women and children, believing women dentists were especially suited to their care.

She graduated from the University of Michigan in 1885 and returned to Grand Rapids to practice. By 1889, she was vice president of the Michigan State Dental Society. She made extensive efforts in the service of dentistry. In 1889, she was a delegate to the International Dental Congress in Paris. In 1893, she participated in the World’s Columbian Dental Congress in Chicago, Illinois.

She is highly accomplished dentist and physician. She keenly supported a stronger science prospectus in dental schools. In contrast to many women who specialized in women’s and children’s dentistry, Latham had a special interest in microscopy and published numerous research papers that described techniques and procedures for preparing specimens. She also enthusiastically supported women in dentistry and medicine through teaching, mentoring and funding organizations that furthered women in these fields.


The only women graduating class at University of Michigan College of Dental Surgery. She became the first women dentist to practice in Texas.


She pulled the first tooth at t6he age of 6, working with her father dentist. Treating the families, staying in the home. She vulcanized dentures on their stoves or in their fireplaces. Later on she enrolled in Southern Dental College and graduated with honors when the North Caroline state board of dental. Examiners told McGuire she must go to school or quit dentistry.

the first African – American women to graduate from the University of Southern California School of Dentistry. Finally she left the practice to work and improvement of civil right in Los Angeles.

when the US Congress passed the act of Female Medical Department in 1949 Myers become the first lady bespoke by the US Army Dental Crops. She provided dental services to Army troops in Italy and Japan.


specializing in pediatric dentistry, Earned DDS Degree from the University of Indiana. In 2010 Wagner appointed as the chief of the Navy Dental Corps holding the highest position.


She was popular for the care and treatment of children’s teeth. Introduce many ways to give away the fear of dentist from children’s. She promoted the positive effect a good diet has on children’s teeth. Jordon went on to become the first president of the Federation of Women Dentists in 1921.

Jones found many restriction to earn the DDS. She wanted to learn dentistry, but the detail college did not allow women to practice the dentistry. She made efforts and completed studies in anatomy and other subjects and practiced fillings and extractions on rejected teeth. Later she was nationally recognized as the first woman dentist at the 1893 World’s Columbian Dental Congress.


With all of said our team salutes the brave women dentist who work for the betterment of dentistry and progressed in the field. Wishing you Happy Women’s Day !