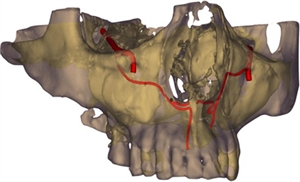 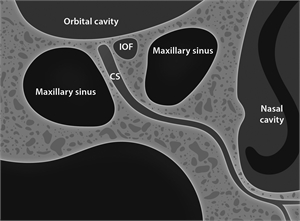 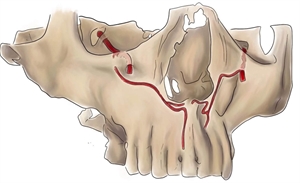 The face is a complex anatomical structure containing blood vessels, nerves, bones, ligaments, muscles, sinuses, sensory organs and other vital tissues that add to its proper functioning. It is imperative for a practicing doctor to know about the location of these structures before opting for any treatment plan pertaining to the facial region.

When it comes to dental treatments, the nervous and vascular supply of the concerned teeth and surrounding oral structures must be taken into consideration in order to avoid surgical complications. There are certain anatomical landmarks that display a variation across different populations. Understanding of these can help in identifying the variations at an earlier stage in order to carry out the risks of the treatment to be carried out.

When the infraorbital nerve moves inferiorly, it reaches the upper arch and divides into three branches that gives nervous supply to the teeth in the maxilla. One of these branches that supplies the front teeth is the anterior superior alveolar (ASA) nerve. A branch arising laterally to the ASA was first postulated in 1939. However, due to lack of radiographic technology, it was difficult to determine the anatomic position of this canal.

This anatomic variation was termed canalis sinuosus. Since advanced radiographic techniques like Cone Beam Computed Tomography (CBCT) now exist, it was possible to trace the path of the canalis sinuosus and its variations about the same.

The canalis sinuosus is a canal in a bony channel of 2 mm diameter. The canal itself rarely exceeds a diameter of 1 mm. It begins posterior to the infraorbital region, travels inferiorly in front of the maxillary, goes towards the nasal fossa before finally reaching the anterior portion of maxilla below the nasal region. From here, in most cases, the canalis sinuosus terminates in a plexus of vascular supply over the canine. At times it terminates above the lateral or central incisor. The canalis sinuosus can be present on any one side or both sides of the jaw. Moreover, the presence of canalis sinuosus does not depend on the age or gender of an individual.

Implants placed in the region of upper canine should be placed with caution. A proper visualization with CBCT prior to implant placement helps in determining how deep the implant must be placed in order to avoid injury to the canalis sinuosus.

If an injury to canalis sinuosus occurs, that it might cause paresthesia (long term numbness) of that region. Implants placed might not adhere to the surrounding bones due to lossnof vascularity.

In some conventional radiographic techniques, canalis sinuosus might be seen mimicking a lesion in relation to a tooth. Inexperience and improper diagnosis might lead to the dental surgeon performing a root canal treatment in an otherwise healthy tooth.

In cases of fractures of the bony structures of the face, the canalis sinuosus' position must be confirmed before opting for surgical reconstruction. Ignorance might lead to the patient having an increased risk of bleeding. The same applies to orthognathic surgeries, where bony structures are approximated in order to correct the occlusion and facial profile. Since the canalis sinuosus also supplies the maxillary sinus, in surgeries of the maxillary sinus, it must be preserved with extreme caution.

Research on canalis sinuosus has increased in the last two decades. Due to its conspicuous location and variations in its position among various age groups, the canalis sinuosus requires much extensive research. In surgical dentistry, its location can have a direct effect on the treatment outcomes.

The improved radiographic technology has made it possible to detect the canalis sinuosus with better accuracy. However, better visualization has increased the frequency of finding the canals. Thus, it is now theorized that more than a variation, canalis sinuosus seems right to be deemed as an anatomical structure.