What is dental fogger? 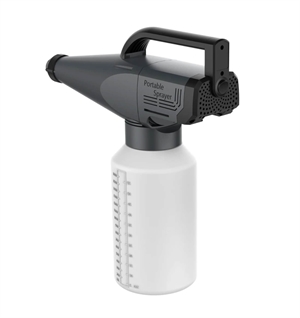 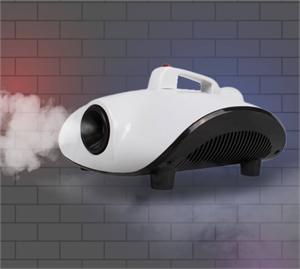 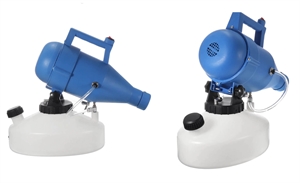 A dental office is the prime hub for viral and bacterial microbes to hang on to. This is because dental treatments involve a lot of procedures where aerosol generation is mandatory. Particulate matter produced from aerosols can contain these pathogens, which can later settle on multiple surfaces in the vicinity of the dental surgery. This makes the dentist, patient and dental assistants at a very high risk from contracting an infection.

In order to reduce the chance of contamination from the dental office, it is important to eliminate the threat from these aerosols. These aerosols can be decontaminated and disinfected by devices known as foggers. Fogger is quite a broad term. It may include hot and cold fogging procedures, which is decided by the temperature of the chemical used and the area that needs to be disinfected. The one which we are interested in, is the cold fogger as heat foggers are applied outdoors.

Fogging is a technique that involves a device (fogger) releasing a chemical in the form of a mist. Remember, mist is not equal to spray. Droplets of mist are less than 20 micrometres in diameter. Such mist-like droplets are produced by the type of machinery attached to foggers. These are compressors and jets. Jets tend to be more effective as they can be shot with a greater velocity and a more compact in structure. Compressors on the other hand are more effective in confined spaces (e.g., ambulances).

The real action is carried out by the chemicals within the foggers. These are mainly hydrogen based compounds They have the ability to kill or deactivate the viruses or bacteria. The most commonly used formulation is hypochlorous acid. Some foggers also utilize a mixture of hydrogen peroxide and silver ions. Hypochlorous acid (HOCl) has a very fast mechanism of action. It take only 3 to 5 minutes for HOCl to begin its action. But how does it really work?

Firstly, it important to know that all the surfaces be it the equipment, the dental chair or any other targeted area needs to be cleaned and fried before fogging it. The fogger is first applied in the corners of the dental office initially and is later applied in a strip form across perimeters of the dental room. It is important to check that the fogger is certified. This is because certified foggers have a pre-setting in the machinery, which can help the HOCl in maximizing its efficacy. Chemically, HOCl does not carry any charge. This means that it can easily penetrate the virus and kill it.

Foggers can also use an electrostatic technology. This means that the chemical within the fogger (HOCl) is given a certain charge before it is emitted in the form of mists. The now-charged mist gets attracted to the surface the fogger is aimed at. This mist thus coats those surfaces, thereby protecting them. In a dental setup, the process of fogging should last up to 8 minutes per 1000 square feet.

Fogging should not be done too harshly in one particular area since it can leave a residual white spot. The applied solution usually dried within a minute. HOCl is non-irritant to the skin, which makes it even more desirable as a fogging chemical. It can be applied on gowns a d scrubs wore by dentists during the time of virus outbreaks. However, it should not be applied on N95 masks since HOCl can destroy the filter present inside these masks.

What is the difference between fogging and fumigation?

It is also important to not get confused between fogging and fumigation. In fact, in most areas of sterilization and disinfection, fogging is gradually replacing fumigation. Fumigation utilizes formaldehyde in its liquid form. Formaldehyde is a known carcinogen, which further adds a point in favour of fogging.

It important to note that fogging should can be carried out daily but only in areas, which involve high level of contamination. For example, areas like the dental chair, door knobs, waiting areas are places where everyone including the dentist and the patient can come in contact with. Other regions of the dental office can be treated by cold fogger twice a week. Fogging alone might not help decontaminate the aerosols. There are various air purifiers and air filters, which can be used in conjunction to further clear the dental environment from pathogens.