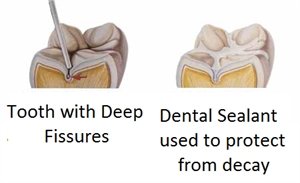 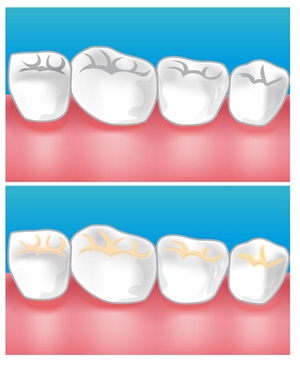 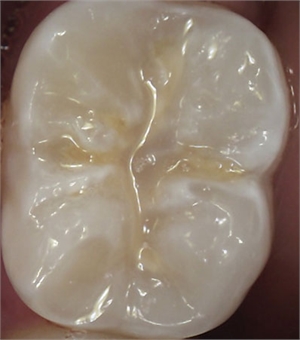 Dental sealants are protective coverings that are applied over teeth to protect them from decay and erosion. Made of a very thin plastic-like coating, they form a barrier against sugar found in food. It is this sugar which is converted to acid by germs and leads to erosion of teeth enamel. Sealants are applied on the back teeth - molars and premolars. The back teeth have an uneven surface (fissures, pits and cusps) which let plaque develop, making them more susceptible to decay. Additionally, they are harder to reach and clean, leaving particles of food that encourage germ growth.

With current diets including more of refined sugars, dental decay has become a major concern. Though every effort is made by parents to keep their children’s teeth clean with brushing, flossing and the use of fluoride, the fact is that these have not proved very successful in stemming tooth decay. Sealants help to prevent tooth decay and thereby protect from pain. If applied timely, that is, before tooth decay has begun, it can keep the teeth intact and disease free.

The general advice is to have dental sealants applied as soon as the molars have come through completely. This ensures that decay does not get the opportunity to set in. This means that sealants should be applied between 6 to 14 years of age as the permanent molars erupt.

Sealants help to save considerable money in the long run as expensive dental procedures to save the original teeth will not be needed later on. In fact, if sealants are applied over a demineralized enamel, it can remineralize it and therefore stop further decay. But they cannot be applied on a tooth which already has a filling. It is one of the most effective ways to protect permanent teeth. A fact is that they are not commonly in use despite demonstrated effectiveness and safety.

The initial treatment with sealants may appear expensive and all insurance plans do not cover the expense. However, once applied, sealants can last up to 10 years. In case of wear and tear over the years, they can be re-applied. It is important to remember that dental sealants are applied only on the chewing surface of the back teeth and one still needs to brush and floss regularly for proper dental health.

Despite widespread recognition of their role in preventing dental caries, there are a lot of apprehensions regarding their safety. Concern has been voiced about their possible effects on health due to the presence of BPA or Bisphenol-A in sealants. It has been the subject of much debate as it is said to have a somewhat similar effect to estrogen.  But, experts agree that the benefits far outweigh any possible health risk. It has been approved as safe by the FDA and has been in use for several decades. Additionally, sealants are now made of bis-GMA which is safer than BPA.

Your dentist can help you to decide the right time to get sealants. They are not recommended in some cases. People with shallow pits do not need sealants. Though they are generally used for children and teenagers, in some cases they may be advised for adults too.