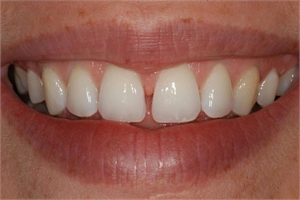 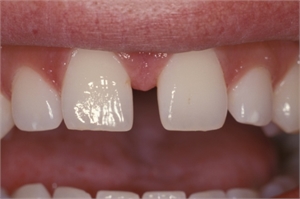 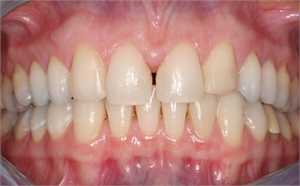 When a gap develops between two teeth, it is called diastema. Generally, it is seen between the upper front teeth, though it can happen between any two adjacent teeth. As it is immediately visible when one smiles, it is often a cause for concern due to aesthetic reasons. Though it is commonly observed in children, it frequently closes on its own, requiring no intervention.

There are several reasons why this gap appears in some people. These can be due to physical causes, disease or due to harmful habits:

Treatment primarily depends on the underlying cause. If left untreated diastema caused by difference in size is likely to remain the same. But if it is caused by tongue thrusting or even disease then the gap is likely to widen further.

In the case where braces have been used, a relapse may occur after some time. This problem can be dealt by the use of a retainer that may be bonded from the inner side so that the teeth do not drift apart again.

Often people, especially adults do not want to face the discomfort and inconvenience of braces. One can, in such situations, opt for restorations with bonded composite or veneers.

Very Informative! Diastema is very common in individual though typically harmless, many treatment options exist to correct the condition. Thanks for sharing the treatment for the same. I think patient should consult their dentist to determine which option best available treatment for them.