Everything about coconut oil pulling 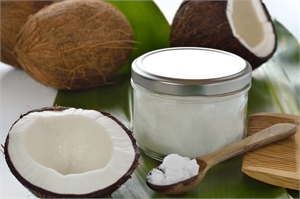 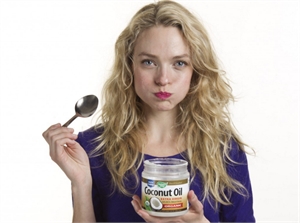 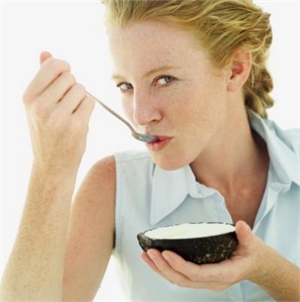 In recent years the interest in and practice of oil pulling has spiked because of the potential, all-natural health benefits. Some say it heals gums, whitens teeth, prevents decay, and even soothes jaw ailments. So is this another cure-all that is too good to be true? Or does oil pulling have actual health benefits? Though it seems like another trendy health fix, the practice of oil pulling isn’t as new and far-fetched as you might think. Here are the facts about this oral health practice.

What is Oil Pulling?

Those who practice oil pulling place approximately 1 tablespoon of oil (usually coconut) in the mouth and swish it around for several (anywhere from 4 to 10, and up to 20) minutes. They perform the practice two or three times a week, pushing and pulling oil between teeth before spitting it back out.

It is an ancient Aurvedic medicinal practice that dates back to over 3,000 years ago. The original practitioners used oil pulling as a way to treat bleeding gums, dry throat, oral malodor, dental decay, and cracked lips. Some even claimed it strengthened the jaw, teeth, and gums. Other oral health practices of the time include chewing on sticks and eating specialized herbs.

The practice removes harmful bacteria and can help protect against the microorganisms that cause bad breath, plaque, and gingivitis. Oil pulling isn’t just based on pseudo-science. Several recent studies show how the practice of oil pulling can improve oral health. How? Bacterial cells have a lipid membrane, or a fatty skin. When the membrane comes in contact with oil, also a fat, the cells naturally adhere together. The longer you push and pull the oil through your teeth, the more microbes it collects and dissolves. This is why it is so important to spit out the oil after pulling, otherwise you swallow the toxins instead of get rid of them.

Though other oils like sesame, olive, palm and sunflower oil do have bacteria-fighting properties, coconut oil is slightly more abrasive and contains the addition of lauric acid. This is a well-known anti-microbial agent that can make oil pulling even more effective. More specifically, lauric acid inhibits Streptococcus mutans, the primary bacteria in the mouth that causes dental decay. However, the drawback is coconut oil becomes solid when it reaches below 75 degrees Fahrenheit (24 degrees Celsius). A tablespoon of this oil can be difficult and uncomfortable to swish around. This is why you might consider mixing coconut with other oils. Then the substance does not harden. You might also warm it up slightly before putting it in your mouth for pulling. You should also:

While there are a wide variety of backers, there are also many professionals who do not support the use of oil pulling for oral health benefits. These experts claim that existing studies are unreliable and do not provide enough clinical evidence to the oral health benefits of the practice. In fact, one study compared oil pulling to a chlorhexidine rinse. It found the chlorhexidine to be far more efficient at eliminating Streptococcus mutans. Due to this lack of supportive and sound science, the American Dental Association (ADA) does not readily recommend oil pulling.

There is no question oil pulling reduces bacteria in the mouth. But does it do enough to help prevent cavities? That is uncertain. This is why experts say oil pulling should never replace your regular brushing and flossing routine. Traditional home care and regular dental visits are vital for optimal oral health care. Brushing with fluoride toothpaste and flossing between teeth are habits proven to prevent cavities and maintain healthy gums. That said, oil pulling could be a great supplemental therapy patients can try.

What Does Your Dentist Say?

The best thing you can do is take questions about oil pulling to your oral health care professional. If you want to try out the practice, they can support you and give you tips on how to best take care of your teeth and gums. Just remember, oil pulling is not an alternative to traditional hygiene care at home. This practice cannot reverse the effects of decay or strengthen the enamel. However, when used in tandem with traditional practice, oil pulling could indeed help you achieve optimal oral health and overall wellness.