How Betel Nut chewing affects your teeth and gums 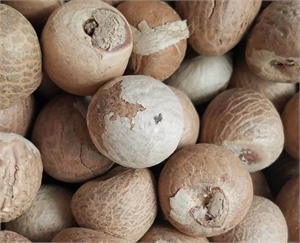 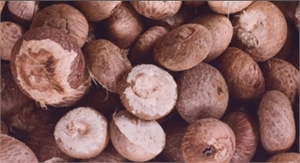 Betel nut chewing is quite popular in South Asian and the Pacific Basin countries. It has been in practice for centuries and is an essential part of religious and social practices in these areas. It is used in Indian Ayurved as well as Chinese traditional medicines to treat certain ailments. Used in controlled doses in these traditional medicines, betel nut or Areca nut provides certain health benefits. However what makes betel nut chewing harmful is its random and regular use as a mouth freshner, energy booster or just as a socially learned habit.

Betel nut is consumed in dried, processed and sweetened forms. It is also a part of the betel quid where its slices are wrapped in betel leaf with slaked lime, cardamom and other flavorings. People often add tobacco in the betel quid which packs a double punch. What makes betel nut chewing popular is its stimulant effect along with a sense of well being and perceived increase in stamina.

There is rising concern regarding its harmful effects on the body and specifically on oral health. Chewing of betel nut encourages salivation and removes bad breath in the short term. However regular and long term use causes gum and membrane irritation which harden inner cheeks gradually. The membrane irritation and the changes that betel nut alkaloids cause in soft tissues of the mouth have been implicated in the development of oral submucous fibrosis.
As the membranes become stiff the person is unable to open his mouth properly and also finds eating difficult. Sores and lesions are also observed on the membranes of the oral cavity, especially where the betel quid rests. These lesions and sores take time to heal or in the case of regular chewers may form repeatedly.

Combined with tobacco or taken as a part of betel quid makes betel nut even more unsafe for dental health. The use of catechu powder gives the betel quid a characteristic red color. Catechu powder and tobacco combined with betel nut stains tooth enamel, gums and membranes permanently. These red to brown stains look very unsightly and cannot be removed.

It has been observed that people who indulge in betel nut chewing have a lower rate of tooth cavities. It is speculated that it is the betel nut staining that protects against dental caries as it forms a film over enamel, preventing the process of demineralization.

However, this benefit is offset by the increased chewing load on the teeth. Betel nut chewing causes tooth fractures which in turn leads to a host of dental issues. Being hard, it also leads to abrasion of the chewing surfaces of the back teeth (premolars and molars) and also shortens canines and incisors. This abrasion exposes the inner dentine eventually causing sensitivity to hot and cold. Worn down teeth are commonly seen in heavy betel nut chewers. For those who are regular chewers, the chances of root fractures are also considerably increased. This in turn increases the possibility of gingivitis and periodontal disease.