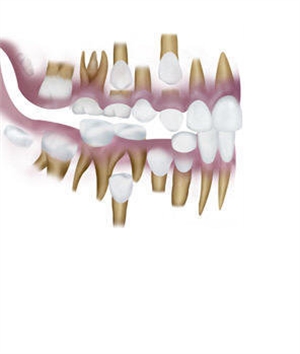 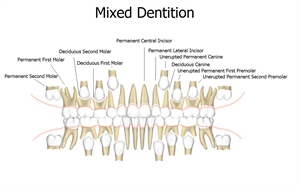 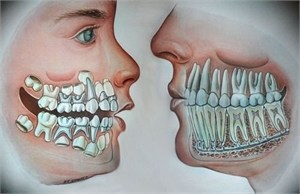 Take a look at the teeth eruption charts.

Common variations in the order of eruption of the permanent teeth in the late mixed dentition period are between the mandibular second premolar and second molar, the premolar, in many cases, erupting after the molar. Common variantion in the maxilla are between the second premolar (tooth 5), the second molar (tooth 7), and the canine (tooth 3). In many children the order of eruption is 3, 5, 7 or 5, 7, 3, in addition to the normal 5, 3, 7 sequence.


The permanent incisors and canines are wider than the corresponding primary teeth. Space for these permanent teeth is provided by:
- the small surplus of space found in most primary dentitions
- greater labial inclination of the maxillary permanent than of the primary incisors
- a small increase in dental arch width during eruption of the permanent anterior teeth

The primary molars, on the other hand, are smaller than the succedaneous premolars. Exfoliation of the primary posterior teeth, therefore, provides surplus space of importance for the establishment of normal intercuspation.