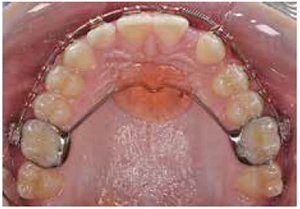 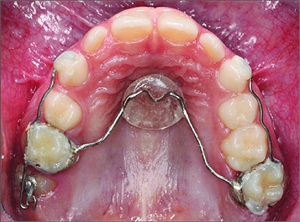 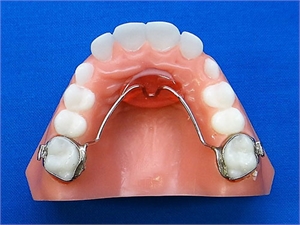 The human dentition is an interesting setup of the teeth in the mouth. It is one of the wonderful features of development as to how the milk teeth erupt and shed to pave the way for permanent successors.

As children, humans have a total of 20 teeth in the oral cavity. These 20 teeth erupt in a particular sequence and shed in a definitive manner as well. This sequence of eruption and shedding comes in response to the overall development of the human face, the upper jaws and the lower jaws. It is a way in which the body compensates in order to maintain the function of teeth and the way the teeth occluded against each other.

Teeth that reach their final position in the oral cavity remain in that position due to the various fibres of the surrounding gingiva and ligament that fixes the tooth to the socket. The adjacent teeth also prevent any additional movement of the erupted tooth. However, problems can arise when the eruption-shedding process gets hampered.

The permanent first molar erupts between 6 to 7 years age. At this stage the primary molars are also present in the oral cavity. The primary molars shed off by 9 to 12 years of age and that is when the premolars replace them. However, there are instances when due to a traumatic incident or any other reason, the primary molar exfoliates way before its actual shedding time. This may occur when permanent molar has already erupted. This means that the permanent molar has got a space in front of it. Erupted teeth have a tendency to move mesially (towards the midline). Thus, this tooth will move in the space in front of it. This is an unwanted movement as it will take the position of the future premolar. It thus acts a trigger for improper occlusioncof the teeth, improper bite and improper jaw relation.

In order to avoid the scenario, Hayes Nance (1893-1964) developed an appliance under his name - Nance Palatal Arch Appliance. This appliance was developed in order to restrict the permanent molar from moving into the missing space caused due to the prematurely exfoliated teeth on both sides of the upper arch. It is a passive appliance, meaning that it does not itself assert any force on the tooth.

The Nance appliance has a band (like a ring) made of stainless steel that goes around the permanent first molars. A stainless steel wire is welded to these bands that arches the inner surface of the upper teeth. In the region behind the upper front teeth, an acrylic material is used to fabricate a circular structure called the acrylic button. The wire remains stable because of this acrylic material. Nance appliance works by restricting the movement of the first permanent molar. It is a fixed appliance whose hygiene needs to be maintained. In some cases, this appliance can also be used to correct the position of a rotated molar.

There are various modifications of this appliance. When a crib like arrangement is fused to the acrylic button, it is used for correcting the thumb-sucking habit. Another modification involves an arrangement which is done to restrict the permanent molar only on one side. Next, there is a modification where the molars are pushed back if at all they have moved forward towards the missing space. This type of appliance is active in nature.

The original Nance appliance is still widely used today. Even though issues like tissue irritation and mild inflammation are reported, this appliance holds nicely in most cases. It is compatible with the kids and the only care they need to do is to avoid any plaque or calculus accumulation near it. The Nance appliance thus helps in ensuring that the needed space is maintained in the arch and that the eruption of teeth follows a natural course.