Should I floss before or after brushing my teeth? 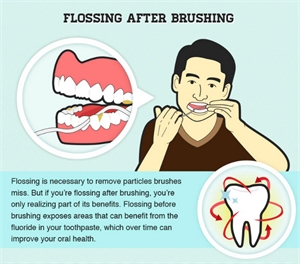 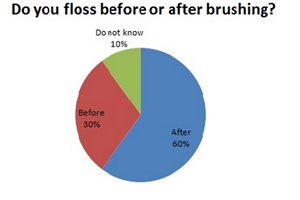 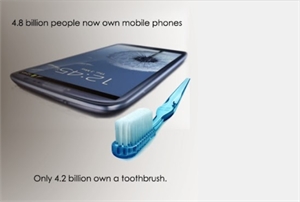 When the toothbrush fails to remove bacteria and plaque, flossing is an effective way of making sure your teeth are kept in good health. In fact, plaque is considered to be the main cause of gum disease and since brushing only eliminates only 2/3 of it and bacteria, it's only natural that you floss daily to prevent the appearance of tartar. However, there's a very hot debate about when one should floss and while some people say it's best to do it before brushing your teeth, others believe in doing it after. So which one is it?

The pros of flossing your teeth before brushing

Did you know that when you floss, only a part of the plaque is going to attached on the floss? As for the rest, it's going to remain in your mouth. However, here is where brushing comes into play. By brushing your teeth after flossing, you can effectively remove the remaining plaque thanks to the fluoride content in the toothpaste. By penetrating between the teeth, it can easily help you clean them very well.

Is there such a thing like overbrushing my teeth?

Benefits of brushing your teeth before flossing

One of the pros of brushing your teeth first is that when you'll need to floss, you won't have to worry about having a lot of plaque to remove. As a result, flossing is going to take a lot less time and as a result, be less of a chore. Many people believe that flossing before brushing will result in the plaque getting between your teeth, making it harder to remove afterwards. According to what the dentists are saying, it seems that following the routine you were taught as a kid and that is to brush first and floss afterwards, can keep your teeth and gums in good health. Everyone's doing it and there are no disadvantages to it.

Is the order that important?

While there are some advantages concerning the order in which you floss and brush your teeth, this is no hard enough evidence that can be used in order to demonstrate that one is clearly superior to the other. In fact, there are a lot of people who do it either way and they still get the same results. So if you've brushed your teeth and then flossed them and vice versa for a long time now and they're in good health, then changing your habit is not necessary. What's important is that you brush and floss your teeth on a daily basis and always rinse your mouth with plenty of water after that.

When flossing, always gather about eighteen inches of floss, wind it around your fingers and only leave a few inches to floss with. As plaque and food builds up, make sure to use a new section of floss.