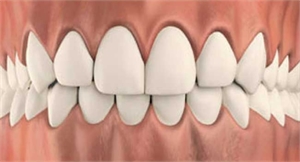 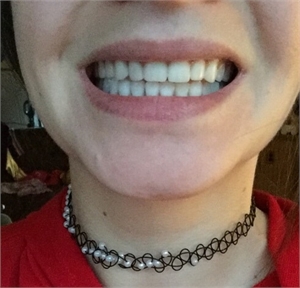 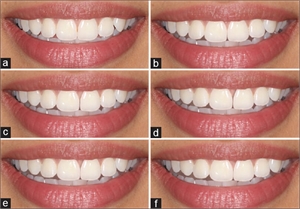 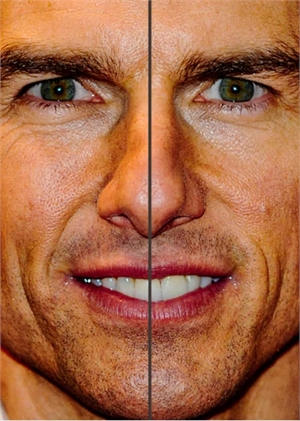 During the development of the human embryo, genetic commands and interactions between various cells ensure that the symmetry is maintained. If these processes are impaired, the facial symmetry will be directly affected. Developmental processes when hindered, will result in syndromes that will subsequently affect the symmetry of the face and the mouth. Over the period of time, these asymmetries affect the oral cavity, resulting in the teeth deviating from the dental midline, causing a "midline shift."

The different types of teeth starting from the dental midline are central incisors, lateral incisors, canines, premolars and molars. These teeth erupt symmetrically on both sides of the dental midline. These teeth shift from the midline due to many reasons including the genetic reason mentioned above. The other reasons include abnormal dimensions of the teeth, rotated teeth, premature loss of milk teeth, teeth fused to underlying bone and traumatic incidents.

A dentist can diagnose a midline shift of the teeth simply through clinical observation or through different types of x-rays. Further approaches involve taking photographs of the face from various angles. These photographs can later be the nidus to trace the progression of the treatment.
Depending on the age of the patient, a dentist formulates a treatment plan to bring back the teeth following the dental midline. The treatment plan will also be based on the extent of the midline shift.

The above mentioned treatments are possible only if there is room for the teeth to move in the arch they are placed. Moreover, since these movements affect the bone as well, it can also have an effect on the facial architecture. Thus, the amount of force exerted by those appliances are in a certain limit. In case there is absolutely no room for the movement of teeth in a case of midline shift, the dentist might consider extraction of a tooth and later utilize the created space for teeth movement in order to correct a midline shift.

A shift in the dental midline often leads to an improper bite. The upper and lower teeth fail to occlude with each other and the resultant bite is termed as a "crossbite." In order to rectify this, treatment options range from appliances acting on the teeth and the underlying bones to surgical approaches that involve repositioning the bone itself.

One of the most famous examples of midline shift can be seen in Hollywood actor Tom Cruise. The actor has his right central incisor right in the midline of the nose. Yet, very few are able to notice this and people still find his smile adorable. It is important for the dentist to recognize what proportions and ratios might work favourably for each individual. This should be decided after discussing with the patient how invasive each procedure can be. Thus, midline shift of teeth should be aptly diagnosed and treated depending on the status quo of the patient's dentition.