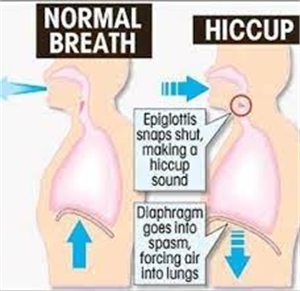 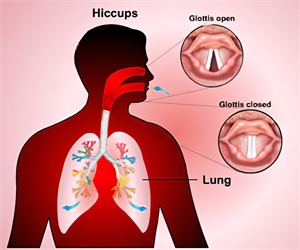 Hiccups, even if they last for few minutes, shake you up totally. Simple things like eating, drinking or speaking become disturbed. Normally they subside on their own bit if they persist for some time simple home remedies can put a stop to them. But in certain situations they may continue unabated making a medical evaluation necessary.


We are familiar with the jerk that accompanies the unique ‘hic’ sound. This is the vocal chords closing when the diaphragm contracts suddenly pushing air into the throat. It is also the reason for that tightening sensation that accompanies hiccups.


Hiccups that last for 2 days continuously are called persistent. If they last for more than 2 months they are called intractable and usually have some kind of structural irritation of the nerves that serve the diaphragm. These are the phrenic nerves and the vagus nerve that connect the brain and the diaphragm.


Hiccups that last a few minutes are very common occurrences and can be triggered by very trivial things.


• Sharp changes in temperature can sometimes act as a triggering factor for hiccups as it disturbs the nerves running from the brain to the diaphragm.
• Consuming alcohol in large amounts are another possible reason as it irritates the stomach lining.
• Excessive intake of carbonated drinks like soda and soft beverages. These contain carbon dioxide and nitrogen which can again act as an irritant.
• Hiccups can also start after having a large meal.
• Swallowing excessive air while eating or chewing. This can happen if you eat very quickly.
• Stress and too much excitement can also cause hiccups.
• Sometimes a hair may be irritating the eardrum.
• Infection in the throat is another causative factor.
• Acid reflux or GERD is a common reason.
• Some kind of growth in the neck such as a cyst, tumor or even goiter.


Easy home remedies are generally sufficient to control hiccups that do not have any serious underlying cause. Though there may not be much scientific reasoning behind them, they somehow do help in short bouts.
• The easiest remedy is holding your breath for a few seconds and breathing out slowly. This can be repeated a couple of times. As this process builds up carbon-dioxide in the lungs it relaxes the diaphragm. The same purpose can also be achieved by breathing in from a paper bag.
• Another way to relieve a hiccup bout is drinking cold water. The process of swallowing relieves diaphragm spasms.
• One of the most effective method for curing a short bout is to swallow a small teaspoon of sugar.
• Another common method to control hiccups is to chew a wedge of lemon.
• Some people suggest sticking your fingers into your ears or popping ears.
Diseases that cause hiccups
Persistent hiccups often indicate an underlying chronic disease, infection or some kind of damage to the nerves. These include:
• Chronic diseases like kidney disease, diabetes and liver problems.
• Strokes, brain tumor, brain trauma, infections such as meningitis and encephalitis
• Certain medications like steroids, tranquilizers, benzodiazepines, chemotherapy medicines and others.
• Anesthesia can sometimes be a cause.
• Vagus and phrenic nerve damage


In most cases, hiccups resolve on their own without needing any kind of treatment. But in the case of persistent or intractable hiccups it becomes necessary to get at the underlying cause. Blood tests may be required check for infection, diabetes or kidney disease. Balance and coordination examination may be carried out to rule out neurological causes. In cases where some kind of damage is suspected imaging tests may be ordered to check for any kind of abnormality in the vagus and phrenic nerve or the diaphragm itself. Treatment proceeds according to the cause of hiccups.


Medications like Baclofen, Chlorpromazine, and Metoclopramide are sometimes prescribed to relieve long term bouts of hiccups. In rare cases surgery may be considered in which an electronic device is installed that stimulates the vagus nerve. In the case of phrenic nerve irritation, anesthetic may be injected to block the nerve.