What is canine guidance in dentistry 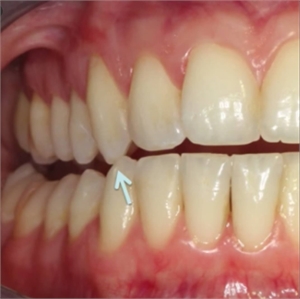 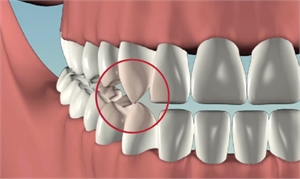 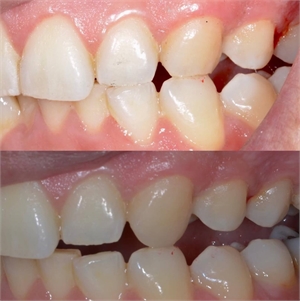 The canine is arguably the most popular tooth in the world. It has been depicted as the trademark identifying feature of the Dracula and has also been synonymous to dogs. In all fairness, be it fictional characters, animals or human beings, the canine is easily the most important tooth in the oral cavity. It has been well established that the canines have the longest root of all teeth and is the bearer of the maximum number of nerve cells among its peers. Moreover, it is also called as the "cornerstone" of the mouth, which is exactly what we are going to discuss about.

The canine's position in the "corner" of the mouth is functionally appropriate. If the human dentition is a city, the canines are the city planners. In order to move your jaws in a way that none of your movements are hindered by any other teeth in the oral cavity, the canines guide us by virtue of their size, shape and position. Since they are placed in the corner of the U or V shaped arch of the jaws, the canines are profiled such that the upper canine's inner (palatal) surface is broad enough for the lower canine to glide on. This gliding motion of the upper and lower canines is key to sideway motion of the jaws (e.g. when chewing). However, this motion of the canines have multiple advantages and effects on the way the human teeth are positioned against each other.

Another reason as to why canine are placed aptly in the oral cavity is because they act as a perfect fulcrum for the posterior teeth and the temporomandibular joint to chew food efficiently. It is also the inclined slopes of the upper teeth that determine the amount of force that can be distributed to the anterior teeth while the posterior teeth pound the food.

It is important to note that canine guidance is more common for younger individuals. This type of guidance determines the chewing patterns and the extent of lateral movements of the jaw in young adults. As age progresses, the guidance shifts to something called as "group function," that is well pronounced in teeth with flatter occlusal surfaces.

What happens in an individual lacking canine guidance?

The absence of canine guidance can be harmful in many ways. Firstly, the muscles aiding us in mastication will exert an increased force on the posterior teeth. This force can be so high that it can cause severe bruxism and eventual wearing of the tooth surfaces. Furthermore, an increased pressure on the posterior teeth can cause dysfunctions in the temporomandibular joint. A severity in the forces exerted can damage the ends of the molar roots, causing severe pain. Moreover, do not be surprised if malaligned canines lead to cracked teeth.

Can a faulty canine guidance be corrected?

A faulty canine guidance can be corrected based on the severity of the malocclusion caused by canine guidance. If the deformity is severe, repositioning of the canine would be favorable. This is usually done by an orthodontist. Defects may also lie in the slopes of the canine. Depending on whether the slope is obstructing or avoiding the lateral motions of the jaws, a restoration or grinding of the tooth can be done. This treatment modality is usually carried out by an orthododontist.

Thus, even though each teeth  has its own function depending on its anatomy, the canines definitely bear the brunt more than most others. A proper sloping of the palatal aspects of the upper anterior teeth and the facial surface of the lower anterior teeth determine a majority of the inter-relation of the teeth.