What is crown lengthening in dentistry? 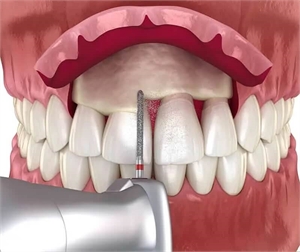 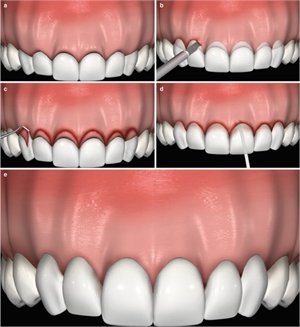 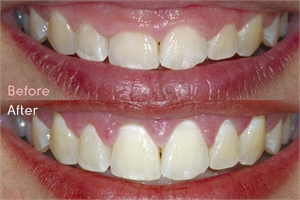 Crown refers to the visible white portion of the tooth in the oral cavity. The one we cannot see are the roots of the tooth that are covered by a complex of tissues called the periodontium. Crown lengthening, as the name suggests, is a technique wherein the height of the crown is increased.

The basis for crown lengthening is to expose more of the crown in order to carry out the needed treatments. Crown lengthening is done in cases where a restorative treatment requires more tooth structure. This happens in cases when there is decay below the gingiva, fracture of the tooth, for preparing the tooth in a manner that it can receive a crown, to relocate margins of an existing restoration, for aesthetic needs and to correct a gingival contour.

Crown lengthening is not advocated when sufficient root length does not exist. It is not done where aesthetics are compromised or where the crown just isn't healthy enough to receive a restoration. The patient should also be instructed that crown lengthening procedures can only be successful if the patient assures to maintain adequate oral hygiene.

What is the preparation for crown lengthening?

Crown lengthening for aesthetic purpose can be done by a procedure called gingivectomy. It involves removal of the part of the gingiva surrounding the tooth, the removal of which leads to the exposure of more crown structure. It is done with a scalpel, lasers or electrocautery.

Another commonly used technique for crown lengthening is called flap surgery. This technique is done by a professional periodontist. The procedure involves excising a portion of the soft tissue over the roots and repositioning it till the adequate length based on the amount of crown that needs to be exposed. The entire procedure is done under local anesthesia. It is also done in combination with osseous surgery. This includes reduction of a portion of bony tissue in order to facilitate the exposure of the clinical crown.

What is orthodontic crown lengthening?

Crown lengthening can also be done orthodontists. In this technique, using braces, forces are applied on the tooth in the desired direction. Simultaneously, surgical procedures like fbrotomy are done, which ensure that the new position of the tooth is maintained. The stabilisation of the tooth to its new position is done for a period of 12 weeks. The advantage of this technique is that it is the least invasive and preserves the positions of the adjacent tissues.

A crown lengthening procedure, might see violation of biological width. Biological width is the brace of the gingiva tissue around the tooth. Its violation can cause the tissues to inflammate and trigger the resorption of supporting tissues. At times it becomes imperative for the surgeon to violate the biological width in order to place a suitable restoration. However, with adjunctive surgical therapies as the ones mentioned above, the future of health of the tooth won't be compromised.

Crown lengthening procedures are immensely helpful in restorative treatments of teeth, especially the ones present in the aesthetic zone. The advent of lasers has made these treatments less invasive and when combine with orthodontic extrusion, patients can get the desired results in a faster time.