What is Embalming and why you must not inject disinfectants 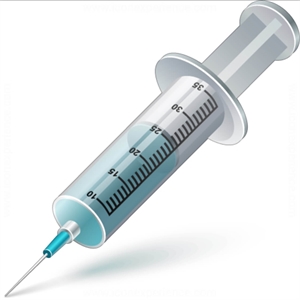 Embalming is derived from the old French word "Embaumer" meaning "to preserve a corpse with spices." Human embalming is an ages old process. The development of science and technology led to the evolution of embalming processes through the eras.

Any embalming process has three main principles behind it: preservation, sanitization and presentation. Preservation and sanitization techniques evolved with the evolution of biochemistry. The process of embalming began as a natural one. The Egyptians used the method of mummification. In this method, they dried the body with Natron. Natron is a mixture of sodium bicarbonate, sodium carbonate, sodium chloride and sodium sulfate. This salty mixture would draw the water out of the body and increase the pH in order to kill all the bacteria. Moreover, the hot and dry weather of Egypt would facilitate this process. Another natural method of preservation would be freezing the body in icy cold conditions. This was carried only in areas with the necessary conditions.

Modern embalming methods took roots during the World War, when the captain of Army Medical Corps, Thomas Holmes, embalmed 4000 soldiers. These non-natural embalming included processes like refrigeration, plastination, Thiel's method and the conventional method. Plastination was a method wherein the water and the fat from the corpse was replaced with synthetic plastics and subsequent vacuuming and hardening of the body. Thiel's method is a very efficient one. Some sources claim that by this technique the cadaver can be dissected even without wearing gloves. The chemical used to dip the cadaver in is a mixture of antiseptic boric acid, ethylene glycol, some proportion of formaldehyde and other salts.

The most conventional technique of embalming includes injecting a chemical inside the body of the cadaver. The embalming chemicals are injected only after relieving the stiffed muscles and lividity of the corpse. The most common path to inject a chemical is the arterial system. The entrance of the embalming fluid in the arterial system takes place through the femoral artery or the common carotid artery. Other pathways of injecting the chemicals include body cavities, under the skin and surface embalming in selected areas.

Embalming fluids are composed of four main ingredients: formalin, methylated spirit, water, glycerin, isopropyl alcohol, propylene glycol, amphyl and phenol are added. A combination of these chemicals helps in inactivating all the proteins in the body, sterilize all the tissues and preserves the body.

Recently, the United State of America reported 30 cases of people injecting themselves with bleaches or disinfectants. Now here is why this would be gravely dangerous and idiotic to do. As mentioned above, constituents of embalming fluids disrupt and stiffen your body from within. They turn off the action of all the proteins of your body which can be highly fatal. These are the same constituents that are found in bleaches and disinfectants. There have been various studies on a smaller scale that have demonstrated how intravenous injection of disinfectants can cause kidney failure and blockage of blood vessels.

The high concentration of these chemicals will cause a generalized burning sensation on the body. The red blood cells will be ruptured. This would initate the path to death as oxygen won't be delivered to the organs. Cardiac arrhythmias can be triggered owing to the change in pH of the blood. The cells in the human body consist of cell membranes that facilitate the transport of various important ions, gases and secretions that keep our organ systems flowing at their normal rate. A corrosive agent like bleach would disrupt these cell membranes leading in immediate swellings, internal burning and cardiac shocks. While these processes can lead to a person's death quicker than ever, it is important to consider that one organ system for which people are being told to inject themselves with disinfectants - the respiratory system. Instead of killing the virus inside the body, the disinfectant would form an alliance with the virus and rupture your alveoli, the processes inside your lungs that are responsible for exchange of respiratory gases.

Overall, embalming fluids are better within the human body ones it has enjoyed its precious time on Earth. Do not indulge or get involved in any actions that can bring you closer to the injection of embalming fluids. A mistake like this during the course of a pandemic is adding fuel to fire.