What is Piezosurgery in dentistry? 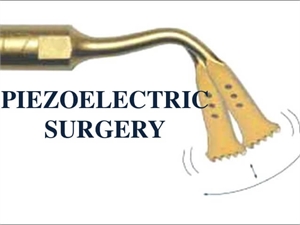 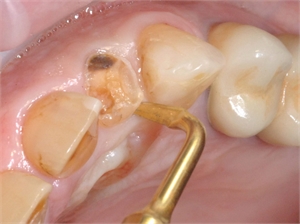 The word piezosurgery is made by a combination of two words: piezo and surgery. While everyone is familiar with the meaning of the latter part of the word, not everyone has a distinct idea about the word "piezo." Piezo is derived from a Greek word which means "to press tight or squeeze."

In the 18th century, two scientists named Jacques Curie and Pierre Curie discovered that when firm pressure was applied on solid structures like crystal, ceramic or bone, it led to the accumulation and formation of an electric charge. This was the piezoelectric effect. Charges present in this solid structure would deform the crystals that make up the solid. This deformation would cause the release of sound waves that are called ultrasonic waves.

It was in 1988, when Professor Vercelloti brought this concept of piezoelectricity to dentistry. The frequency of the ultrasonic waves produced by the piezoelectric effect is in the range of 25-50 kHz. However, it took almost 25 years for Vercelloti to decide the ideal frequency of piezosurgery for its application in dentistry (24-36 kHz). It was in2005, when piezosurgery got the official nod to be used in detail surgeries involving the bone.

The piezoelectric element, just like its basic principle, converts the squeezing mechanical pressure into electrical signals. These signals create an ultrasonic frequency in the form of vibrations. The vibrations act on the tissue surface that needs to be treated. The action of these vibrations causes the tissues to cut. This is called cavitation.

The effect of cavitation is multifold. The cavitation effect causes the formation of tiny bubbles near the junction of the solid-liquid interface of the tissues in the mouth. These bubbles rupture in a way that the resulting shock waves produced. These microstreams help in keeping the surgical field clean, aid in faster cessation of blood and also shows anti-bacterial property. In order to avoid overheating of the piezoelectric element, the piezoelectric device consists of a peristaltic unit. This unit houses a liquid coolant whose flow can be adjusted.

The main action of the piezoelectric device is carried out by working units called insert tips. These tips are responsible for the cutting action. There are various types of tips available based on the surgical process in which they should be utilized. While the golden colored tips are used to treat the bone, silver colored tips are used in soft tissue procedures. These insert tips also come in a variety of textures and shapes. Each form of insert tip has its own function in various treatment modalities.

The various treatments in which piezosurgery acts on the bone are expansion of the upper jaw, shaping fractured bone segments, implant placements and surgical pulling out of third molars.

However, piezo cutting is more time consuming compared to other techniques. It is an expensive treatment modality. The insert tips used in this surgical technique get worn out faster by piezoelectric effect. Furthermore, piezosurgery should never be used in patients with heart disease, diabetic individuals, pacemaker wearers, metal crown wearers and the ones receiving radiotherapy.
Thus, piezosurgery is a highly versatile technique. Even though it has its limitations, clinical applications require a highly dexterous dentist.