What is subgingival curettage? 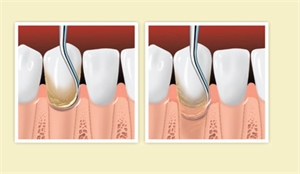 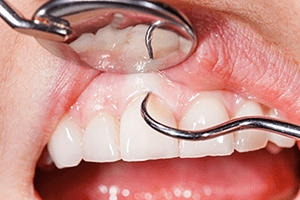 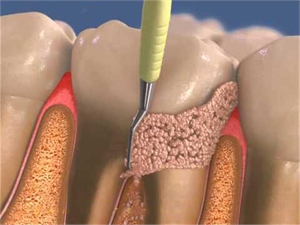 The human teeth in the oral cavity are able to be functionally effective due to the protection they get from the surrounding tissues. Four structures, namely the gingiva, alveolar bone, cementum and the periodontal ligament brace each tooth maintain its integrity. These are collectively called the periodontium. Each of these structures are responsible for maintaining the positioning of the tooth, allowing minor functional movements and is responsible for the blood and nervous supply of the teeth.

There are times when the periodontium becomes compromised. This occurs when bacterial load increases due to poor oral hygiene, that allows the microbes to invade the tissues around the teeth. An abnormal bite, frequent food impactions and underlying medical conditions may also harm the periodontium. The damage caused to the periodontium is such that the gingival attachment to the teeth is lost, thereby forming a pocket-like anomaly. This pocket later becomes a hub for the deposition of plaque and calculus. If left untreated, the pocket's depth increases gradually and other structures of the periodontium also begin to get invaded. Once this infection reaches the depths of a tooth's roots, it is likely to become mobile and is indicated for extraction.

Curette is an instrument that helps in removal of certain tissues that house the substances that are detrimental to health. In case of dentistry, curettage can be of two types: gingival and subgingival. A curette when used from the walls of the pocket till the inner attachment of the gingiva to the tooth's surface is called gingival curettage. When the curette is further moved downwards, all the way till the bony crest near the tooth's roots, it is called subgingival curettage.

A curette removes the inflamed gingival tissue along with which hard deposits of calculus and bacterial colonies are also eliminated. The next step is to smoothen the root surface. This is called planning. This is an important step to perform as new fibers that would replace the lost tissues need a cleaner surface to adhere to.

Subgingival curettage is not a widely accepted procedure as researchers believe that certain curettes damage the inner lining of the gingiva to the extent that reattachment is not possible. This procedure is usually done in follow-up visits, in patients who are medically compromised and advanced surgeries are not possible and in areas where pocket elimination is needed.

During subgingival curettage, the area of interest may be anesthetised using a local agent. As the scooping action of curette removes the debris, a flushing agent is used to simultaneously clean the pocket. In some cases if the amount of curettage is too high, a periodontal pack can be given that accelerates the formation and attachment of new tissues. In recent times, subgingival curettage has also been performed with the use of ultrasonic devices, lasers, periodontal knives and through certain caustic drugs (sodium hypochlorite or phenol) which chemically treat the pockets.

Once curettage is complete, the pocket is filled with a blood clot. The body's immune system sends cells in the pocket area that make the healing tissues and facilitate the formation of new ones. The attachment of the gingiva and the formation of newer tissues in the subgingival area are formed within two weeks. Fibrous tissues that further strengthen the new attachments are completed by three weeks.

Subgingival curettage removed a significant portion of the affected gingiva but does not involve any other structure of the periodontium. It is a handy procedure that has limited indications but is a key surgical intervention even today. During subgingival curettage, patients need to be informed about how the new gingival attachments can affect their aesthetics. It is crucial to perform scaling and root planning in conjunction to subgingival curettage, thereby preserving as much tissue as possible.