What is the average dentist salary in the UK 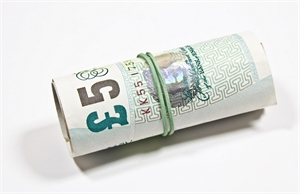 As of December 2014, dentists were the 38th highest paid workers in the UK, with an average salary of £46,834. This figure was an increase of 6.4% over the figures from 2011, which was the year that the website compared for many different types of specialities. You might imagine that solicitors would earn considerably more than dentists, but in fact, dentists came out slightly higher than solicitors who were 41st on the list at £45,585.

So it can immediately be seen that dentists earn well above the national average.

However, this is not the whole story. Three years ago, in 2011, the last available statistics from the NHS Information Centre showed that 310 dentists had a salary in excess of £300,000. The figure overall for all primary care dentists, which was based on their NHS and private work together, was £84,900.

What dental procedures are covered by the NHS?

Other statistics show different figures. According to these, showing figures from about 18 months ago, and taking into account all levels of dentist jobs in the UK, the average salary was £58,554. They quoted the average starting salary for an entry level, junior, or graduate dentist, as between £25,000 (which is lower than the overall average UK salary) and £36,000. However, they also quoted a senior dentist salary as being in the range £74,000 to £97,000.

If you look at the Daily Mirror figures, these show dentists as earning an average £53,567, ahead of financial advisers on £46,797, and solicitors trailing behind at £44,787.

Perhaps the most likely figures are those quoted by nhscareers.nhs.uk. They point out that the majority of dentists working in dental practices are actually self-employed. As a result, their profits will depend on the services that they offer to their patients, and the way in which they charge for them.

Dentists who have only just qualiffed and want to work within the NHS have to undergo a period of one year''s dental foundation training. The salary for that is £30,132. After completing this period of training, they can decide either to work in a dental practice, or undertake Dental Core Training. Rather oddly, the salary range here is from £29,912 (which is slightly lower than Dental Foundation Training) to £39,092. These dentists may also receive an additional supplement based on their pattern of work.

Dentists employed by the NHS on a salaried basis can earn anywhere from £38,095 to £81,480 working mainly in community dental services. Of course, they may also undertake additional private work.

Consultants in dental specialities receive payment on exactly the same scale as other types of hospital consultants, and this can range from £75,249 to £101,451. The exact figure will depend on the number of years in a senior consultant position.

From all the foregoing, it can be seen that it is somewhat difficult to give an exact figure for the average dental salary in the UK in 2015. However, taking all the different resources into account, it would seem that the average dental salary at the moment is of the order of the middle £50,000’s. Looked at from the point of view of anyone wishing to become a dentist, it is sufficient to achieve a comfortable style of living.