What is the difference between apron and gown? 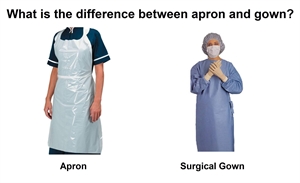 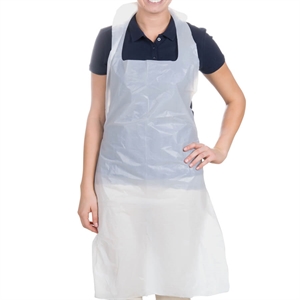 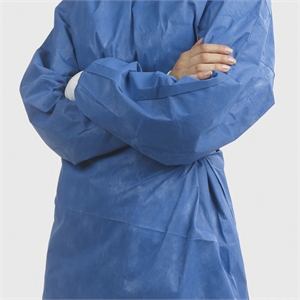 A healthcare team involves medics and paramedics who deal with a range of patients in the out-patient department to the ones in the surgical room. In any healthcare facility, people will encounter healthcare professionals wearing different types of apparels. The two most commonly encountered uniforms that the medical staff wears over their clothes are aprons and gowns.

Aprons might vary in colour but are most often seen as white colored overcoats. They were initially black in colour as it signified a symbol of respect for the cadavers on whom the medical students learnt about the human anatomy. But this concept changed in the late 19th century and the colour of the apron became white. The change signified purity and cleanliness as represented by the colour white. Over the years white aprons have played a crucial role in personify in the medical field. Aprons have pockets in them which make it easier for doctors to carry equipment like pen, notepad, flashlight, etc. The apron also helps in giving doctors their own identity an recognizing fellow doctors.

Medical staff comes across various patients each day. The apron serves as a barrier for the doctors against various infections and also keeps their clothes clean. White aprons also protect the doctor from the various bodily fluids of the patients. In more recent times, the effect of a white apron on the psychology of the patient has often been talked about. White coat hypertension has actually developed due to the fear of receiving painful treatment from the doctors. This is one of the main reasons why doctors in the field of psychiatry and pediatrics are know to wear the white aprons the least.

White aprons are made of cotton, linen or polyester. These materials allow the aprons to be washed at relatively higher temperatures as a mode of disinfection. Initially, the aprons used to be long-sleeved. However, these aprons are gradually diminishing as some research suggests that shorter sleeve aprons are less susceptible from getting contaminated.

Gowns are another common dressing that medical staff can be noticed in. These gowns are can be of three types. Each type is wore by the medics in different scenarios. The first type is called a disposable isolation gown. This gown is made with the primary function of being a barrier to the torso. It may or may not be waterproof. It is highly resistant to abrasion and is available in both disposable and reusable forms. This gown is often seen when the medical staff is in contact with patients who are suffering from burns, receiving bone graft treatment and suffering from splashing discharges. The disposable isolation gown is also donned by the patients who are at a risk of spreading infections.

The second type of gown is the disposable protective gown. This type of gown can be available as a single-piece clothing material or separately as a hooded top and trouser. It is recommended that this gown should be disposed off after single use. Moreover, the main function of this gown is to protect the medical staff from getting infected through liquid discharges. It is ensured during the fabrication process that this gown has resistance to moisture, retards flammable substances and is antistatic in nature.

The third type of gown is called the disposable surgical gown. This is usually worn by doctors during a surgery. It is available as a single-piece gown that has a belt and lacks a hood. The cuffs are elastic and hence fits securely. The belt is used to fasten the gown and also makes the removal of the gown easier. During a surgery, the medical team is at a risk of getting infected by the patient's body fluids whereas the patient himself/herself is vulnerable to infections in the exposed surgical areas. The disposable surgical gown helps by being a barrier for this cross-infectivity.

Aprons and gowns have a great significance in reducing the chances of infection by protecting both the patients and the medical staff. It is of key significance that each of these clothing materials should be chosen based on the clinical circumstances. These protective equipment have the ability to be reused after sterilization. However, this depends on the type of the fabric and the way they are woven. Patients should ensure that if they are at a high-risk of spreading infection then they too should wear the suitable gown to resist the spread of microbes. Hence, aprons and gowns are not only symbolic in nature but also play a major role in shielding the medical staff from various diseases.