What is the difference between DDS and DMD dentist? 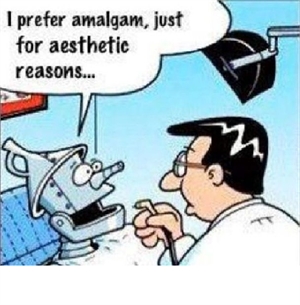 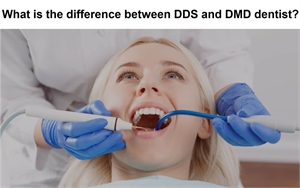 If patients are looking for a dentist, they have probably noticed the different DMD and DDS designations after the practitioner’s name. There has always been some confusion about the names of the degrees, and it is common to wonder what the difference is and how it might impact the type of care a patient might receive. Is one title better than the other? The answer lies within the history of dentistry.

What do DDS and DMD mean?


DDS is the abbreviation for a Doctor of Dental Surgery, and DMD is the abbreviation for either a Doctor of Medicine in Dentistry or a Doctor of Dental Medicine. Both DDS and DMD indicate the degree awarded to a general dental practitioner upon graduation from an accredited dental school. But there is actually no difference between them. Dentists with a DMD or a DDS undergo the same education and curriculum requirements with very little variation between the two degrees. The American Dental Association (ADA) and state licensing boards consider the two degrees to be identical.

Why are there two different names then?


The answer is a bit of a history lesson. In 1840, the Baltimore College of Medicine received its charter to begin offering the first Doctors of Dental Surgery (DDS) degrees and matriculated the first two students in 1841. With the founding of the Baltimore College of Dental Surgery, dentistry became a practice separate from medicine. And for a while, it was the only available dental degree.

A short time after, in 1867, Harvard University also decided to add its own dental school. They had a longstanding tradition of naming their degrees after Latin phrases and did not want to break with tradition. But the literal translation of Doctor of Dental Surgery in Latin was “Chirurgae Dentium Doctoris” (CDD) and the scholars did not think this title gave off an impressive enough tone. After some deliberation, they came up with the “Dentariae Medicinae Doctor” (DMD) moniker.

Since then, several other institutions have also adopted the DMD degree as well as the more generally used DDS degree. It is simply up to the universities to determine which designation to use for the degree they offer.

How long does it take to earn a DDS or DMD?


Generally, students need a four-year undergraduate education before they can start a dental program. After that, they attend dental school another four years for clinical and dental laboratory training. The first two years are similar to the first two years of medical school as students study immunology, pathology, biochemistry, and similar courses. The second two years focus more on laboratory practice and clinical study. After graduation, dentists must undergo rigorous exams at both the state and national level before they are licensed to practice.

What are other dental specialties?


There are also other letters that might come after the DDS or DMD, such as MAGD or FICOI. These are not representative of another university degree, but rather a level of additional training beyond dental school. Some practitioners choose to continue their education and specialize in a certain area. Becoming a specialist can require as many as six additional years of education. Beyond the DDS and DMD, there are several other dental specialties including:

While the names are not the same, there is no significant difference between a DDS and a DMD designation. Patients are sure to get quality care no matter which degree title is referenced. The difference comes in what follows with the continued education and specialties of the practitioner.