What Makes Dr. Bobbi Peterson So Popular Among Celebrities 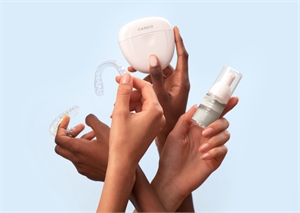 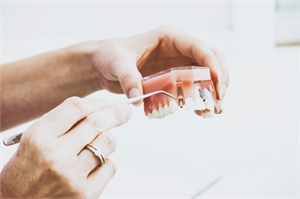 You possibly might ask this? Who's Dr. Bobbi Peterson? Well, she's a unique orthodontist, who has built a large base of patients that consists of high-end clientele.

People often talk about actors, musicians, writers, etc. But rarely do you see doctors being put in the spotlight like that. But Dr. Bobbi Peterson changed the narrative as a doctor, not only is she famous as an orthodontist, Dr. Bobbi has earned a reputation for herself by being the best orthodontist in Brooklyn.

She started as a fresh dentist with zero patients, worked a few days as an assistant at other ortho offices, while she tried to get her practice up and going.

But today she has built a large patient base that consists of high-profile celebrities, which she travels regularly to treat. She has successfully branded herself and her practice so well that she has become a source of inspiration for other dentists who are looking to grow their clientele and practice.

How She Started Growing Her Practice


She considers herself a very social person, so she networked with other dentists in town, and even more, she signed up for a lot of insurance plans. Doing all of these, Dr. Bobbi Peterson started to grow her practice, although it was slow. But when she started getting patients, those patients referred their family members to her, so she started growing her practice solely on referrals. More so, she worked with a marketing company that marketed her services through SEO, and this, in turn, generated a lot of traffic for her online.

Why Is Dr. Bobbi Peterson So Popular Among Celebrities?


Dr. Bobbi serves some big names in politics and entertainment, more so, her skill and accountability as a great orthodontist have earned her a tremendous following among top celebrities. There are other things to know about her - like what services does she offer? Well going forward you should learn more about her and her work.

She has branded herself as a traveling celebrity orthodontist because; she travels to provide celebrities with other procedures. She has called herself social, more so, in an interview, she stated she had a friend who introduced her to a producer of a big reality show, and it turned out the show producer liked her tooth jewelry - she has a line of tooth jeweler that attaches to the tooth an orthodontic bracket.

Going forward, the show producer introduced her to a very popular rapper, who wanted custom-made tooth jewelry; she did it, and he - the rapper - shared the custom tooth she made for him to his millions of followers on social media, and that was how she exploded like dynamite, well not literally.

So other celebrities in the States like Atlanta and Los Angeles wanted her to do bleaching, tooth jewelry, and botox for them. This made her travel to different places to take care of her celebrity clients.


Services that Dr. Bobbi offers are oral health, braces, and teeth straightening, implants, and the total smile. Her main aim is to provide the best and healthiest services possible her clients would love.