What OCD Treatment Option Ranks as the Best? 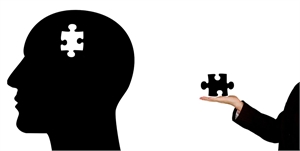 What is the Best Treatment for Obsessive Compulsive Disorder?


OCD is a mental health condition characterised by obsessions and compulsions. Obsessions are invasive thoughts which the patient is unable to control. Compulsions are actions taken by the patient to try and get a handle on the overpowering thoughts. Obsessive Compulsive Disorder (OCD) is a debilitating condition, filled with anxiety and worry. The obsessions and the compulsions of the disorder exacerbate the condition to the point where it becomes paralyzing. That's when treatment options come into play.

Cognitive Behavioral Therapy – CBT is considered the therapists’ approach to dealing with OCD. This form of therapy is undertaken by mental health professionals (guidance counsellors, licensed mental health counsellors, therapists, psychologists). It focuses on the person's thoughts and actions vis-a-vis OCD. CBT has evolved into different forms of treatment such as ACT. Acceptance and Commitment Therapy is geared towards greater flexibility and openness with respect to OCD symptoms.

Exposure and Response Therapy – This therapy is designed to help patients get over their obsessive-compulsive disorder by gradually exposing them to the very things that trigger their OCD. A patient who is obsessed with locking doors may sit in a room with the therapist with the door unlocked, and gradually become accustomed to dealing with the obsessive thoughts, either through acceptance, familiarity, or simply refraining from default reactions.

Deep TMS – This FDA approved treatment for OCD and MDD (Major Depressive Disorder) has shown tremendous promise and efficacy in treating serious mental health conditions. Deep TMS is particularly effective in patients who have not responded well to medication and therapy. It is a non-invasive, nonsurgical treatment that takes place at TMS treatment centers with specialised hardware and software.

Transcranial Magnetic Stimulation (TMS) uses magnetic fields to target problematic areas deep within the brain. It reaches those brain structures ailing from mental health conditions. Multiple studies from the world's leading authorities attest to the effectiveness of TMS for ameliorating mental health and wellness, as well as reducing or reversing symptoms of OCD. Since deep TMS is nonsurgical, non-invasive, and pain-free, there is no need for anaesthesia.

Psychopharmacology – The most commonly prescribed treatment for OCD is medication. Dubbed a first response treatment, the FDA has approved scores of SSRIs (selective serotonin reuptake inhibitors) and SNRIs (serotonin and norepinephrine reuptake inhibitor) for treating OCD. While medications can certainly dull many of the obsessive thoughts, there are often severe and lasting side effects with medications for mental health disorders. This results in a high recidivism rate.

Invasive Surgical Procedures – As its namesake suggests, surgical procedures can be performed to alter brain function and generate ‘compliance’ between different areas of the brain. Examples include the implantation of radioactive seeds to cause local oblations, craniotomy, gamma knife coagulative lesions, and the like. Other surgical options include ECT (electroshock therapy) which is highly effective at treating OCD but can cause short-term and medium-term memory loss, as well as other impairments.

Of all the treatment options for OCD, the non-invasive, nonsurgical, and limited side-effect options are preferred. Based on thorough analysis of the available options, therapy with a licensed mental health counsellor in combination with Deep TMS appear to be the best OCD treatment options. Medication often works wonders, but it is riddled with side-effects such as sexual dysfunction, nausea, tremors, visual impairment, headaches, et cetera.