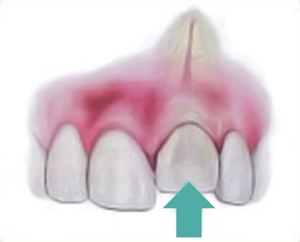 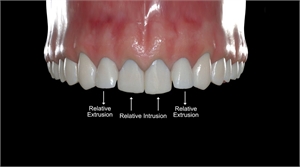 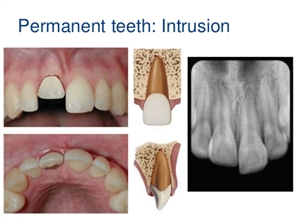 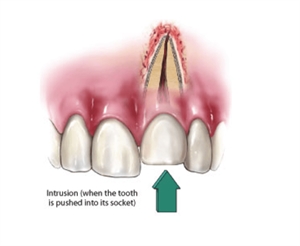 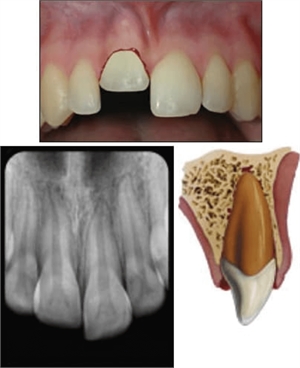 Intrusion usually means to enter a territory that you are not supposed to be in. In dentistry, intrusion refers to a fractured condition of the tooth, where the tooth breaks through the socket it is supposed to be in and goes on to travel in an inward direction.

The socket we are talking about is one of the four components that keeps the tooth stable in its position. When an individual is involved in an accident, the traumatic blow might be in a direction that would force the tooth to penetrate deeper into the socket, thereby adversely breaking it. The most common teeth that are involved in such traumatic conditions are the upper front teeth. Since these teeth intrude beyond their original positions, deep into the bony area, the type of fracture is called dental intrusion.

Dental intrusions are treated mainly after considering two highly important factors. Firstly, the dentist will check if the affected tooth is a deciduous or a permanent one. Secondly, a radiograph will show the depth of the intruded teeth which will in turn decide the treatment plan. Let us see how to aptly correct an intruded tooth in both these scenarios.

If a deciduous tooth is affected, it is important to see if the tooth bud of the permanent successor has been harmed in the process of intrusion. The next thing the dentist will check for is the amount of root of the deciduous tooth that has formed. If the root completion is significantly remaining, then the dentist might let the tooth take its natural course of eruption and will wait for the tooth to get out of the socket by the root's further development. If the root development is complete, then the dentist might carry out a surgical or orthodontic treatment which pushes the tooth gradually out of the socket. If there is any hint that the permanent successor is harmed the dentist will carry out an extraction.

If a permanent tooth is intruded, there are chances that it fuses with the bone within. This is known as ankylosis. When the dentist taps on such an anklyosed tooth with his instrument, a metallic sound might be heard. This is an indication for the dentist to intervene through a surgical or an orthodontic procedure. A tooth that is brought back to its position through such operative means needs to be mobilized for four weeks through a technique called splinting. This procedure involves stabilizing the tooth through a strip-like material that keeps the involved tooth in its position with the support of the adjacent teeth.

Something that is common to both permanent and deciduous teeth is the chance of the pulp getting necrotic. The pulp is the soft tissue within the tooth structure that contains the blood vessels and the nerves that govern the tooth. In case of a traumatic event as severe as intrusion, the pulp can get heavily infected and might as well develop an abscess at the tip of the root. Moreover, such a case can couple with discoloration of the tooth that might affect an individual's smile. Depending on the depth of the intrusion, a root canal treatment might be carried out before bringing the tooth back to its original position. In severe cases, an extraction would be the wiser choice.

Another common finding is that the already developed root of the tooth gets eaten away due to the inflammation that occurs after the intrusion. This process is called root resorption. In addition, when the tooth might be a victim of a more severe form of resorption known as replacement resorption. In this, the fusion of the bone and the tooth is so intense that the bony cells entirely substitute the root. Intruded teeth with a resorbed tooth have a very poor future and are likely to be extracted. Following extraction of a permanent tooth, prosthetic rehabilitation can help in re-establishing the aesthetic component of the oral cavity.

When the chosen treatment plan is in action, the dentist will recall the individual for regular follow-ups to see the progress of the intruded tooth. This follow-up can last from 2 weeks and might go on till 5 years until the tooth has satisfactorily taken its rightful place in the oral cavity.