Do vapor and electronic cigarettes harm my teeth and gums? 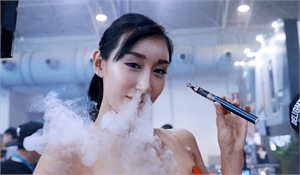 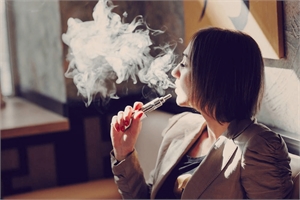 Electronic nicotine delivery systems (ENDS) are a hot trend. In recent years devices like vape pens, hookahs, vapor cigarettes and e-cigs have really taken off. Since their introduction in the United States in 2006, more and more individuals have taken up “vaping” in addition to, or in place of traditional smoking. And while there have been plenty of discussions about the health consequences of ENDS, there are not nearly as many answers. Here is what you need to know about electronic cigarettes and oral health.

What are electronic and vapor cigarettes?

E-cigs, vapor cigarettes and electronic cigarettes are all terms used to reference a handheld electronic device that produces an aerosol the user inhales. Drawing on the device closely resembles traditional smoking. The device pulls the liquid solution through an atomizer which heats it to 200 °C to produce the “vapour.” And while can deliver some nicotine, electronic and vapor cigarettes do not contain tar or produce smoke. For this reason e-cigs seem like a much safer alternative to traditional tobacco use.

What is in vapor and electronic cigarettes?


The three main components of the aerosol solution including diluents, flavorings, and nicotine. The diluent liquid, a carrier which accounts for the vapor production, is usually vegetable glycerin or propylene glycol. The nicotine doses vary from 0 to 36mg/ml. And because the nicotine and diluent are tasteless, a variety of flavorings can be added—including anything from tobacco and menthol to cotton candy and pina colada. A lot of e-liquids are prepared in preloaded cartridges. However users can also mix their own e-liquids with DIY kits or top off from bottles of pre-made solutions.


Dentists understand the implications of traditional tobacco use. Combustible tobacco contains an estimated 10,000 to 100,000 harmful chemicals, including 70 known carcinogens. It can limit your ability to taste, causes gum disease, result in slower healing, and increase your risk of oral cancer. Additionally, the tar in chewing and smoking tobacco causes tooth stains and disfigures gums. If that isn’t bad enough, because of other side effects smokers of burnt tobacco have an almost 50% mortality rate directly related to smoking itself. Smoking is bad for your health, absolutely. But what about vaping?

Because electronic and vapor cigarettes are so new, and the FDA only began to regulate ENDS in 2016, we don’t really understand the long-term effects on oral and overall health. Clinical studies are in progress, but until these are concluded, there is a lack of definitive evidence on the health implications. That said, there are far fewer chemicals and no tar. So far e-cigs do not appear to lead to teeth stains or oral cancer. But that does not mean they are 100% safe.

Several studies have found toxins in e-cigs. Some of the more harmful toxins include diethylene glycol (an ingredient in anti-freeze), nickel, chromium, and lead. But overall, compared to combustible tobacco, the hazards linked to vapor cigarettes are low. The main concern for most health care providers is that electronic and vapor cigarettes still deliver nicotine, even if it is in smaller doses.

Effects of nicotine on gum health


Regardless of how it is delivered, nicotine is harmful for your mouth, teeth, and gums. First, it reduces blood flow and deprives the gums of crucial oxygen and nutrients. This causes a recession of the gums. In turn the soft tissue withers and this can lead to gingivitis, periodontitis, and tooth loss. Compounding the problem, nicotine also masks symptoms of gum disease. Typically there would be increased blood flow and gums swell and bleed when irritated. With nicotine the condition is harder to diagnose and you fool yourself and the dentist into thinking nothing is wrong. Nicotine also inhibits your ability to produce saliva, causing bad breath, and stimulates your muscles, exacerbating the problem if you chronically grind your teeth.


We do not want to persuade smokers who do not want to or cannot quit to stick to their deadly cigarettes. Vapor and electronic cigarettes are much safer and healthier than traditional cigarettes and tobacco, which counts for something. So if you are thinking about converting, know the hazards are much lower compared to traditional cigarette smoking. In fact scientist have declared that using electronic or vapor cigarettes is roughly 95% safer than combustible tobacco. And if you do use electronic cigarettes, early detection is key. You need to refocus on dental hygiene by brushing and flossing daily. You should also get regular oral screenings and visit your dentist at the first sign of trouble.