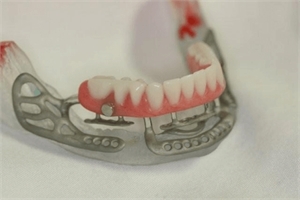 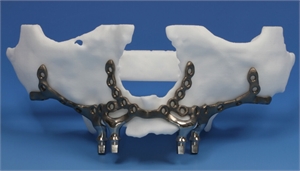 Dental implants have made it possible for patients to regain the function and aesthetics of their oral cavity once the natural teeth are lost. There have been constant advances in the designs of different types of dental implants depending on the area where they are supposed to be placed. A dental implant must be fixed in the bone such that it firmly interlocks with it. Based on the way the implants are placed, any further prosthesis like dentures or bridges can be fabricated by taking the support of these implants.

A dental implant placement needs to be very precised. When the natural teeth are lost some of the bone adjacent and around it gets resorbed. The soft tissue that replaces the lost tissues covers the bone and thus heals the area. When an implant has to be placed, it needs to be placed at different depths in the bone depending on where the implant is placed - upper jaw or lower jaw. In this article we will be discussing about the subperiosteal dental implants.

"Sub" means under and "periosteal" refers to the periosteum. The periosteum is a group of four structures that protect the tooth and play a key role in its functioning. A subperiosteal implant is placed in the lower jaw (mandible). This implant was first designed in 1949 by Gustav Dahl and has since then seen many variations in its architecture. These implants are placed directly over the jaw bone. They are taken in consideration when there is not enough bone width in the lower jaw bone. Moreover, since the lower jaw bone height is decreased, the mandibular canal, that contains artery, nerves and veins comes close to the surface. This makes it even more difficult to place an implant that takes the support from within the jaw bone.

The procedure for placing the subperiosteal dental implant begins by raising the soft tissue over the jaw bone in order to expose it. The raised soft tissue is called a flap. Once the jaw bone is exposed, an impression of this jaw bone is taken. A material like polyether is used to fulfill this task. Once the impression is taken, the flaps are sutured back. The impression (replica) taken of the jaw bone is now duplicated outside by pouring it with a material called dental stone. Once this replica is fabricated, a titanium framework is made on the duplicated bone. This framework is such that the jaw bone gets covered by plate-like structures. These plates hold four small posts at different intervals. These are called abutments.

The subperiosteal dental implants made it possible for patients with a relatively thinner mandible to receive a prosthesis. However, this implant system is rarely used now as problems associated with healing were frequently reported in the 1970s. Moreover, this implant can also cause the titanium framework to become mobile even after the flaps are sutured back. It is rarely used now a days and is replaced by endosseous and basal implants.