The use of Graphene Oxide in dentistry 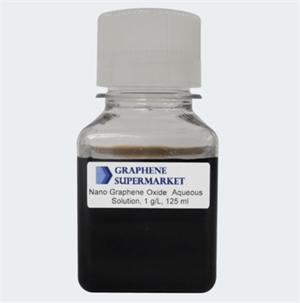 Did you know that more than 700 different strains of bacteria have been found in the human mouth? However, most people have only about 34-72 different types of bacteria taking up residence in their mouth, many of which are harmless residents with some strains actually being beneficial to the mouth. But, as always, with the good – comes the bad. Those bacteria, when left alone, form large colonies that turn strong healthy teeth and gums into weak and diseased teeth and gums. The worst offenders being bacteria known as Streptococcus mutans, various species of Lactobacilli, both of which are notorious for causing tooth decay, and Actinobacillus actinomycetemcomitans, Porphyromonas gingivalis, and Fusobacterium nucleatum, among other bacterial types, wreak havoc on gum tissue causing gingivitis and other types of periodontal disease.


Tooth decay and periodontal disease get their start in the mouth when the harmful bacteria, Streptococcus mutans, some types of Lactobacilli, and A. actinomycetemcomitans begin to multiply out of control. They form large communities, known as plaque, and take up residence on the tooth surface. The bacteria are happy in their new home, feeding on remnants of food and beverage particles that saliva and a toothbrush failed to remove. As the bacteria eat, the waste product produced is in the form of an acid. The acid, if left on the tooth structure, begins to work away at the tooth enamel (the hard, outside layer of the tooth that we see when looking at our teeth). Tiny spots begin to form on the tooth where the acid has eroded the enamel. This is the first stage of tooth decay. If left untreated, the acid produced by the bacteria, continues to “eat away” at the enamel, weakening the tooth. If plaque has formed at the base of the tooth, the gum tissue becomes irritated, with a red and swollen appearance (gingivitis - the first stage of periodontal disease). If left untreated, the bacteria eventually finds its way to the bone tissue and root of the tooth.


One promising lead comes from research conducted by Chinese scientist and researcher Zisheng Teng and his team from the National Science Foundation and Shanghai Jiao Tong University. In a study published in February 2015 titled "Killing dental pathogens using antibacterial graphene oxide”, results revealed that graphene oxide is effective in inhibiting the growth of bacteria, (specifically Streptococcus mutans, P. gingivalis, and F. nucleatum), by weakening the cell walls and membranes causing the intracellular contents to “leak out”, effectively slowing the growth of the bacteria.

Image showing the bacteria before and after graphene oxide was introduced. Further studies need to be conducted to determine exactly how to implement graphene oxide into dental care, but nonetheless, the research conducted by Tang and his team show promising results and have opened the door for the development of a new weapon in fighting tooth decay using graphene oxide

What is graphene oxide?


Graphene is a thin layer of pure carbon atoms which are tightly packed and bonded together in a hexagonal honeycomb lattice. This two-dimensional crystal structure is the thinnest compound known to man, extremely lightweight and stronger than steel. Its intriguing electronic, optical and mechanical properties make it a very versatile compound for use in a wide range of applications. Graphene oxide is simply a layer of graphene that contains oxygen atoms.