What can Bulimia Nervosa do to your teeth? 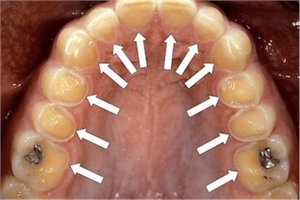 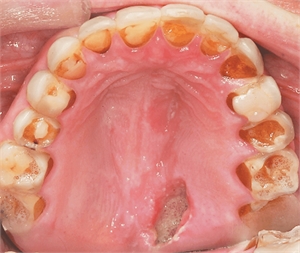 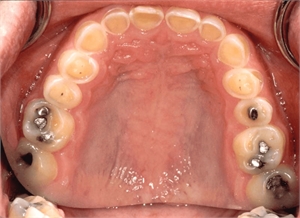 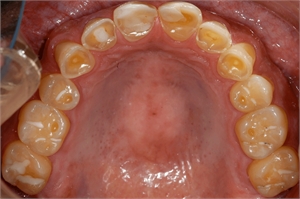 
What is Bulimia Nervosa?


Bulimia nervosa is a serious, possibly life-threatening eating disorder. It is associated with both medical and psychological complications and often arises from a combination of genetic, biological, psychological, and cultural factors. Often referred to only as bulimia, it is a syndrome characterized by episodes of eating large amounts of food followed by the compensatory behavior to purge or get rid of calories and prevent weight gain in an unhealthy way. With purging bulimia, people commonly induce vomiting but might also misuse weight-loss supplements, diuretics, laxatives, or enemas. With non-purging bulimia, common patterns of behavior include strict fasting or dieting, restricting calories, and excessive exercise after overeating.


What are the symptoms of Bulimia Nervosa?


Behavioral and physical signs to watch for might include:

What is the difference between bulimia nervosa and anorexia?

Unlike anorexia, most people who suffer from bulimia nervosa are often a normal weight or only slightly overweight. Binging and purging episodes often occur in private. And the signs and symptoms of bulimia nervosa are not often overt. As a result, this disorder is not always easy to diagnose. Anorexia manifests with significant weight loss and changes in the patient outlook. Anorexic people look anaemic and weak due to lack of normal nutrition.


While outside manifestations are subtle, bulimia nervosa has more obvious oro-facial
manifestations. The first is perimylolysis, or the smooth erosion of dental enamel on lingual
surfaces of the teeth. This is caused by exposure to gastric acid in people with chronic vomiting.
Initially, erosion appears as a glassy surface on the palatal surfaces of maxillary anterior teeth.
It can be observable after a patient has been binging and purging for anywhere from two
months to two years. The patient may also complain of thermal sensitivity. The extent of erosion
depends on diet, the frequency of binging and purging, and his or her oral hygiene habits. If left
to progress erosion can expose dentin and cause teeth to appear yellow or grey.


Another manifestation is enlargement of the salivary glands. Frequently the parotid glands and
occasionally the submandibular and sublingual glands will expand. Most researchers associate
the swelling with recurrent vomiting, but the precise etiology has not been determined. In the
early stages of bulimia, the enlargement is generally painless and intermittent. The swelling can
follow a binge-purge episode for several days before subsiding. In more advanced bulimia, the
enlargment is persistent, often imparting a widened or square appearance to the mandible.

Patients who binge and purge, fast, or overuse laxatives and diuretics may also suffer from
dehydration. This can cause xerostomia, or reduction of unstimulated salivary flow. Severe
xerostomia combined with poor oral hygiene can increase the risk of periodontal disease and
dental decay.


Dental treatment for patients with Bulimia


Rigorous hygiene and home care are recommended to prevent further erosion. Patients should
get regular professional dental checkups and cleanings along with in-office topical fluoride
application. Patients should also be discouraged from brushing right after vomiting. Instead,
they should rinse with water immediately and follow with a 0.05% sodium fluoride rinse to help
neutralize acids and protect teeth. To promote remineralization of the enamel patients might
require a daily home application of 1% sodium fluoride gel with a toothbrush or custom trays.
Most clinical authorities urge the delay of complex restorative dental treatments until the patient
has psychologically stabilized and bulimic behavior has ceased. Exceptions include palliation of
pain and temporary, non-traumatic cosmetic procedures.


Other complications of Bulimia


Eating disorders negatively impact every system in the body. Patients with bulimia nervosa have
a higher rate of severe psychological disturbances and medical complications including
dehydration, gastrointestinal problems, heart problems, anxiety or depression, and misuse of
alcohol or drugs.


Eating disorders are silent killers. They should not be taken lightly or ignored. Early detection
and treatment are critical, and oral health professionals can play an important role. Those with
suspected eating disorders should be confronted gently. If an oral health care provider suspects
a patient may have an eating disorder, oral manifestations should be brought to the patient’s
attention in a non-confrontational manner. This may lead to a general screening question
regarding difficulty with eating or maintaining weight, and then more direct questions or
conversation. The patient may or may not admit to the eating disorder. But the dental care
professional can gently persevere during subsequent appointments in an effort to open that
communication. Dental care professionals can also provide referrals for further diagnostic work-
up and treatment involving a multi-disciplinary team of medical, dental, psychological and
nutritional professionals.