Why does my 4-year-old have so many cavities? 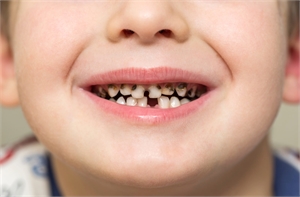 The occurrence of dental decay in children is one of the most commonly prevalent oral health diseases globally. This condition was first described as "black teeth of the young" in 1930s. Gradual increase in such condition led to multiple observational studies suggesting that bottle feeding might be the premier cause of this condition. It was thus termed as Nursing Caries in the 1960s. Improper care or supervision of the parents towards their child's oral health also became one of the causes for caries in the young dentition. Thus, "tooth clearing neglect" was another terminology given for the condition. It was in 1990s when the terms "infant and early childhood dental decay" and "early childhood caries (ECC)" were introduced. ECC is now the most commonly use term for this condition.

There are multiple reasons as to why early childhood caries occurs. To begin with, when the mother is pregnant, the lack of oral hygiene maintenance by the mother might lead to the accumulation of a microbial species called Streptococcus Mutans. This microbe is most commonly seen and found in association to a decayed tooth surface. S. Mutans has the ability to cross the placental barrier. As a result, the foetus might acquire the condition. This form of ECC is called Maternally Derived Streptococcus Mutans Disease (MDSMD).

ECC's cause is multifactorial. The use of bottle feeding and at will breastfeeding leads to an increased activity of sugars on the tooth surface. These sugars are utilized by caries-causing microorganisms for the release of acids that degrade the enamel. At this stage the saliva comes to the rescue as it attempts at clearing off the sugars from the tooth surface, acts as a buffering agent against the acids and tries remineralize those areas of the enamel lost due to the acidic secretions. However, saliva's defense role is challenged when the patient's parents are negligent about the oral health of their child. Moreover, consumption of semisolid sugary foods during the day maintains the carious attacks on the tooth.

Apart from these factors, the general condition of the child is also analyzed. A child who is immunocompromised might have a weakened defense system making him or her susceptible to carious attacks. Children suffering from genetic conditions might have formative defects of teeth that make them vulnerable to caries. Other secondary factors that contribute to ECC are race and ethnicity, socioeconomic status, dental health knowledge and consumption of acidic drinks.

The first signs of ECC can be seen between the age of 10 to 18 months, when the surface of certain teeth appear chalky. There is no accompanying pain during this phase. Between 18-24 months, the demineralization continues and leads to a yellowish brown appearance of teeth. In this phase, the upper front teeth are commonly involved and some other teeth might be sensitive to cold food. By the age of 3 years, if not treated, then the carious process reaches the deeper parts of the tooth, leading to pain in teeth. The child may also complain of dental pain at night, being unable to sleep. The final stage seen by 4 years of age is the breakdown of tooth structure and the teeth turning greyish or black.

While ECC develops in a phase-wise manner as stated above, there are variant conditions like Severe Early Childhood Caries (S-ECC) and Rampant Caries that occur in a much quicker and widespread manner. These conditions are seen in children aged less than 6 years of age who have multiple teeth involved in the carious process. Teeth that are usually less prone to caries attack may also become decayed. Teeth are affected in the manner they erupt in the oral cavity.

Treatment of ECC or its variants begins with a preventive phase. If diagnosed at a earlier stage where there is only chalky appearance of the teeth, then a change in diet, feeding practices and fluoride application can help in cessation of the spread of caries. Parents are asked to supervise their child's toothbrushing habits. If diagnosed at later stages, excavation of the carious portions followed by restructuring of the tooth using biocompatible cements can be opted for. In cases where the tooth becomes painful or is associated with a swelling, more extensive procedures like pulpectomy (root canal treatment of primary teeth) may be advocated for. Extraction of the teeth should be done in teeth with hopeless prognosis. Teeth that are filled must be given a final restoration with a crown so that the tooth's strength can be retained.

ECC is a condition that is commonly seen and must not be neglected. The importance of deciduous teeth for the maintenance of the facial structure, dental arch and functional abilities like chewing and speaking must be realized by the parents.