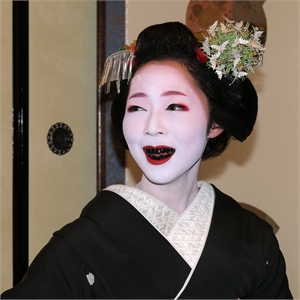 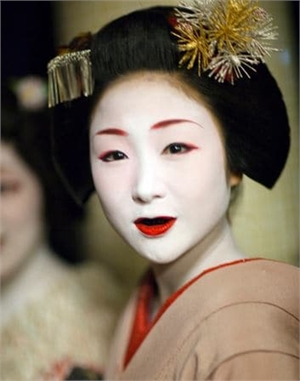 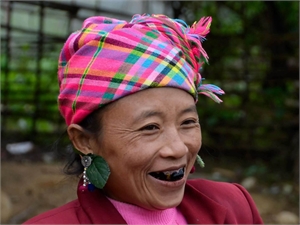 Healthy teeth are white, infected are black. This has been the norm since over a century now. However, before 1870, the concepts of tooth blackening and tooth whitening existed in harmony. Teeth blackening was an ancient practice which was prevalent in the Asian and Pacific regions. It was frowned upon by Europeans and was a custom in some regions in South America.

Teeth blackening involves dyeing the teeth black when a person reached puberty. The tradition was symbolic in many ways during different eras. Tooth blackening in Japan is called Ohaguro. The term Ohaguro was derived from two Japanese words - ha meaning teeth and kuro meaning black. Among civilians, the terms more popularly used instead of ohaguro are kanetsuke, tsukegane, kane and hagurome.

Ohaguro was done for many reasons. It was opted for when a person would transit from a child to adult. Females who would come of age for marriage would mark this by ohagura. Girls who were a sign of political or military marriages would also dye their teeth black.

Among men, the ones belonging from the royal family would dye their teeth black. Apart from that, commanders who injured their head badly in battle would stain their teeth in order to not look ugly. Samurais would dye their teeth as a symbol that they will now spend the rest of their life praising the Lord. Geisha and sex workers were some others who would employ this practice.

Some believed that ohaguro was done in order to differentiate between humans and animals. Some others felt that since teeth are the only visible part of the skeleton, dying them back would keep them protected against death.

The ritual was so widespread that people with blackened teeth could be during Japanese festivals, funerals and weddings. It wasn't until 1870 that the trend become obsolete following a ban on ohagura by the government.

Missi is a mixture of iron and copper sulphate that was used in Islamic cultures of South Asia. It also contained tannins (myrobalans) from plants and certain flavoring agents. It was believed that Missi was sanctified by the prophet's daughter. It was mainly used as a symbol for sexual maturity.

Betel chewing was and is still considered harmful for the gums and teeth. But certain variants of betel nut would leave a blackish red stain that was considered as one of the forms of tooth blackening. Such practice was more commonly seen in the kingdoms of Thailand.

In The Philippines, locals would often file their teeth before polishing them with iron and stones so that the dye that they would apply next would be retained for a longer period of time.

A lacquer with black pigment in it was originally used for ohagura. The glaze-like appearance was because of its coating consistency.

In a version of theatrical performances called kabuzi, actors used a formulation called hayagane for ohagura. This was a complex formulation consisting of wax, pine resin, carbon black, red pigment, rice honey and lamp oil that is softened over a flame.

The more commonly used ohagura agent was kanemizu (black water). It contains ferric acetate derived from iron filings that was mixed with vinegar and tannins from vegetables and tea. Kanemizu would often degrade or lose its hue within two days. Hence, a new coat would have to be applied after every two days to keep up the black. Before applying the new coat, pomegranate juice was applied to the teeth in order to make the surface adherent enough to receive the new coating.

Foreigners who knew about ohaguro often spread the rumours that the dye used for ohaguro contained urine and coal tar.

Even though it is unaesthetic, it is believed that ohaguro had its own advantages. Today we have tooth colored dental sealants that prevent the occurrence of deep cavities. Back then, the ohaguro was believed to serve this purpose. Even though not scientifically proven, it is said that the gums remained healthy when the teeth were dyed black.

Ethnic groups of Japan began practicing Ohaguro in the 9th century asper the first written references that date back to the 11th century. It is now nearly obsolete, with its use restricted only to selected tribes in Southeast Asia. It is at times depicted in movies and has been tagged as black varnish by some authors.